The one kind of sugar that can actually make cancer spread 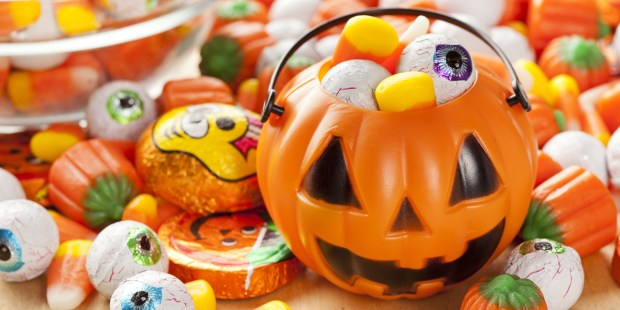 Here’s something horrible to ruin your Halloween candy-binge: eating too much sugar can turn treatable cancer into terminal cancer.

Lorenzo Cohen of the University of Texas M.D. Anderson Cancer Center was one of the researchers involved in a study of sugar’s impact on cancer cells. The findings, which include a possible mechanism for how sugar fuels cancer growth, were recently published in the journal Cancer Research and reported on by NBC.

“The majority of cancer patients don’t die of their primary tumor. They die of metastatic disease,” Cohen told NBC News.

These findings help explain what other researchers have seen looking at cancer patients in general: Those who eat more sugary foods are more likely to have advanced cancer.

There’s actually a lot of good news here, though. The biggest culprit is fructose, but not in the small amounts found in fruit (along with things like vitamins, fiber, and antioxidants). Rather, it’s the large quantities that are added to so much of our American food in the form of high-fructose corn syrup that have made our fructose consumption balloon from a half-pound per person per year to 62 pounds per person per year — and contributed to everything from Type 2 diabetes to cancer.

The research also found that while a diet high in starch but not necessarily sugar certainly increases cancer risk, that cancer is not usually the highly metastatic form implicated in most cancer deaths. So while it’s still not a great idea to eat nothing but potatoes (sorry, Ireland), you don’t need to cut them out of your diet altogether.

The healthiest diet is one where everything is taken in moderation. Even sugar is okay occasionally, provided you’re eating it in small doses along with healthy, nutrient-dense foods.

There is one thing you absolutely should cut out of your diet, though, if you want to avoid cancer and a host of other diseases: fructose-laden soda.

Sorry, Coke fiends, there’s just no good there. Soda is evil. But don’t despair! If you really can’t live without carbonated goodness, look no further than your nearest supermarket. Flavored sparkling water is free of fructose but full of bubbles, so drink up!

And remember to moderate your kids’ Halloween candy intake — preferably not by eating it all yourself at midnight.

Read more:
The big reason you should give up sugar–and the best way to do it

Read more:
5 Side effects of sugar that might surprise you