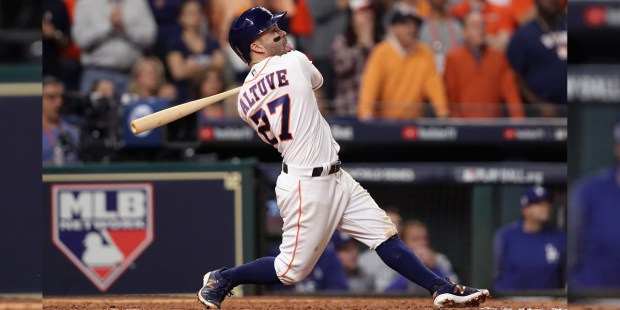 Second baseman talks about the importance of prayer and gratitude.

With his team up by a game in the World Series matchup against the Dodgers, Houston Astros second baseman Jose Altuve has played no small part in leading his team to this point.

Yet when it comes to defining success, Altuve says it’s not about winning games, but living “your life the way God wants you to.”

At 5-foot-6, Altuve has had to deal with more than his share of nay-sayers who told him he wasn’t cut out for the big leagues. He persevered, and, in spite of his critics, now sits at the pinnacle of his sport, playing in his first World Series.

Crediting his family for his strong faith, Altuve told The Houston Chronicle last year, “To achieve success wasn’t to get into the major leagues or have the best season in the world. The best success is to live your life the way God wants you to.”

“If you can do that, if you can be good with God, then I think you will have success in your life.”

“We need to not just ask God but thank Him for everything like our health, our family. And ask Him to bless our homes and to always be present in our daily lives. And to keep us safe is most important,” Altuve said.

In Sunday night’s come-from-behind 13-12 victory over the Dodgers, Altuve hit a 3-run, game-tying home run. The Astros hope to clinch the first world championship in franchise history in Game 6 of the Series, which will be played at 8:20 ET tonight.