How to discipline proactively, not reactively 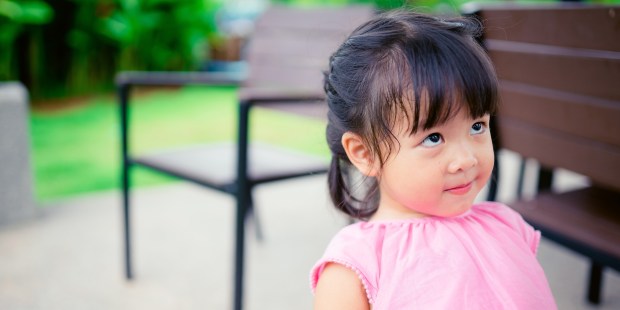 Think about discipline as a skill to build in kids, rather than a way to police their behavior.

The New York Times recently published an exhaustive (and exhausting) guide to modern parenting, titled “How to Be a Modern Parent.”

The helpfully explicit title set the tone for the guide, which is nothing if not practical and thorough. Very, very thorough. So thorough I was stressed out by the time I got to the end, wondering how it’s possible for parents to get through this gig without spontaneously combusting from sheer anxiety.

I don’t want you to spontaneously combust from sheer anxiety, though, so let’s just focus on the part that I found to be the most helpful and, strangely, the most comforting: how to discipline like a modern parent.

Think praise rather than punishment. Physical discipline, like hitting and spanking, tends to produce aggressive behavior in children. Keep in mind that it’s always a parental win if you can structure a situation so that a child is earning privileges (screen time, for example) by good behavior, rather than losing them as a penalty. Search for positive behaviors to praise and reward, and young children will want to repeat the experience. But inevitably, parenthood involves a certain number of “bad cop” moments, when you have to say no or stop and your child will be angry at you — and that’s fine, it goes with the territory. Look in the mirror and practice saying what parents have always said: “I’m your mother/father, I’m not your friend.”

My own discipline style has changed radically over the years. I stopped spanking my kids when I realized that I was spanking them out of anger, which was less a form of discipline and more child abuse. I relied on time-outs for years, until I got the one mythical kid who loves nothing better than to be sent to his room. These days, taking away screen privileges is my go-to super-effective punishment, but it doesn’t always work out because I often forget who’s lost screens and why (five kids, y’all).

But I’ve never approached discipline in this way, as a proactive skill to build in kids rather than a reactive way to police their behavior. It would take more organization and intentionality, but it seems like a game-changer. Setting up screen time and weekend outings as privileges to be earned, rather than entitlements that I strip away, would actually be an effective and organic way to teach kids how to discipline themselves, rather than be disciplined.

Of course, there will still be times when punishment is necessary — no one gets away with sticking gum in his sister’s hair, for example — but I wonder if there isn’t a better way to approach those times as well. Like having the gum terrorist in question do his sister’s chores as way to make restitution for the way he hurt her, or even asking him to come up with his own way to show his remorse and earn his sister’s trust back. Those would be ways to teach kids about the way relationships work in real life, when they can’t come running to Mom to dole out justice. They’ll have to learn how to navigate hurting others and being hurt eventually, so I might as well start giving them the tools to do that now.

Plus, if they come up with their own forms of showing contrition and write them down, then I won’t forget who’s supposed to be in trouble for what. And that would be a modern parenting miracle.