You know of Junípero Serra but have you heard of Pablo Tac? 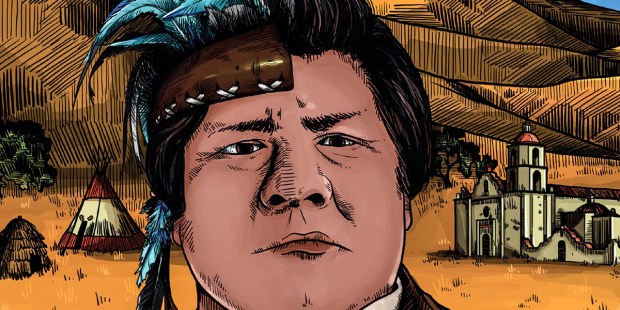 Meet the first Native American from the California missions to become a seminarian.

November is National Native American Heritage Month, a good time to reflect on the lives of St. Junípero Serra, a man who devoted much of his adult life to serving Native Americans, and also Pablo Tac, the first Native American from the California missions to become a seminarian.

It helps to understand the enterprise Junípero Serra was part of and the world that Pablo Tac was born into. In 1790, just over two decades after an aged Junípero Serra founded the first mission in present-day California at San Diego, 11 missions and four presidios, or forts, had been constructed, with an estimated 30 priests and 211 soldiers. Priest, soldier, and colonist were surrounded by a sea of Native Americans.

Though it seems the tendency today is to claim that colonialism was either good or bad, this time in history was actually very complex. In terms of Spanish Catholicism in California, good intentions sometimes had bad results. Pope Francis shared in the homily at the canonization Mass of Junípero Serra in September 2015, “Mission is never the fruit of a perfectly planned program or a well-organized manual.”

Intending to write one book in defense of Pope Francis’ decision to move forward with Serra’s canonization in the face of some controversy, I happened upon the writings of Pablo Tac and was shocked that he is basically a footnote in history.

I decided he needed a book, too, and here is why: Pablo Tac was Luiseño Indian, born and raised at Mission San Luis Rey de Francia, located in present-day Oceanside, California. At the age of 10, he left the Mission with Father Peyrí and another young neophyte boy, Agapito Amamix. Their destination was Rome. On September 23, 1834, Pablo and Agapito enrolled at the Urban College, the first seminarians from the California missions. There they learned how to be missionary priests, hoping to someday return home to California to shepherd their Luiseño brothers and sisters in Christ.

While studying to become a priest in Rome, Pablo wrote down the language of his people, the first written record of a California native. Following in the footsteps of Saint Junípero Serra, whose motto was “Move forward and never turn back” (¡Siempre adelante y nunca para atrás!), the young Pablo never gave up. I theorize that Pablo Tac was the embodiment of what Junípero Serra set out to achieve, and propose to the reader that a cause should begin to recognize Pablo’s holiness. I pray that someday statues will be erected to honor Pablo’s life.

I have learned from Junípero Serra, an old priest, and Pablo Tac, a young Native American, that bringing the Gospel to an often skeptical and antagonistic world is no easy task, but that we must persevere. The Gospel message of faith, hope, and love amidst the trials and tribulations of life is needed, it seems, more than ever before.

Native Americans make up approximately 3.5 percent of all Catholics in the United States. Some Catholic organizations whose primary focus is to serve Catholic Native American communities include The American Indian Catholic Schools Network, The Bureau of Catholic Indian Missions, Catholic Extension, Tekakwitha Conference, and the USCCB – Native American Affairs. They would love to hear from you to discuss how you can share your time, talent, and or treasure with those they serve.

In the spirit of Saint Junípero Serra and Pablo Tac, may we be unwavering in building the kingdom of God.