A very short history of the English language 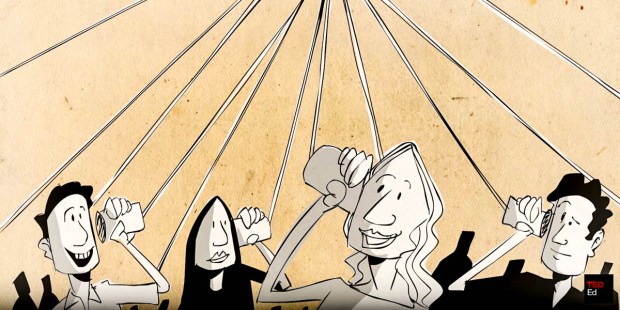 Generations of conquerors left their mark in words that live on today.

Where did English come from? That’s the subject of this fascinating TEDed video on the origins of the English language, which turn out to be a bit of mish-mash, to say the least.

England’s colorful history had its effect on the language, and we can trace the words we speak today back to the German we got from the Anglo-Saxons, to the Latin passed down through the Norman invasion of England in 1066, and to a sprinkling of Scandinavian from the Vikings, who left their mark as well.

Using the same comparative linguistic analysis that tells us all of this, we can now trace our roots even further back, as the video tells us, to a language called Proto-Indo-European, spoken 6,000 years ago. So, while we might have a hard time communicating today, we share the same linguistic roots as 3 billion people around the world.