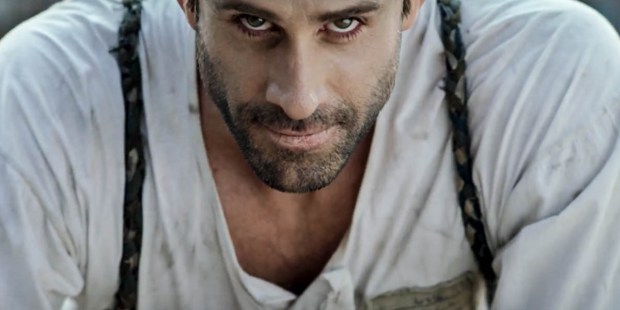 Weakened by constraints outside of the film’s control, the movie is still worth your time.

Among the list of Academy Award winners for Best Picture, few are as inspirational as the film that took home the honors in 1982, Chariots of Fire. Even today, some 35 years later, the tale of two athletes who overcome religious intolerance and racial prejudice on their way to victory at the 1924 Olympics remains an uplifting experience. The movie is especially revered by religious-minded cinephiles for its positive portrayal of Eric Liddell, the sprinter whose faith-based conviction against competing on Sundays drives a good part of the drama in the film’s final act.

As “feel good” as Chariots of Fire is, however, the film does end on somewhat of a somber note. In a brief epilogue, the audience is informed that Liddell left running behind to continue his missionary work in China. There, he subsequently died in a Japanese-run internment camp following the outbreak of World War II. It is that portion of Liddell’s life that is the focus the new film, On Wings of Eagles.

The story picks up in 1941, a point at which Liddell (Joseph Fiennes) had already been in China for years happily going about his work. However, with the war escalating, it soon became apparent that Japanese forces would likely overrun the area. Fearing for their safety, Liddell sent his wife and children to safety in Canada, but remained behind himself to help run a rural mission devoted to serving the poor.

It’s here the movie joins Liddell, where the local children have taken to calling their caring and devoted teacher Uncle Eric. While presiding over the wedding of fellow missionaries Hugh (Jesse Kove) and Catherine (Augusta Xu-Holland), Liddell, along with every other foreigner present, is taken captive by Japanese forces. The prisoners are soon forced to relocate to a “Civilian Assembly Center” set up in a former Presbyterian mission center ironically named the Courtyard of the Happy Way.

Life is hard in the Courtyard, but Liddell unwaveringly keeps his spirit up. He continues his duties teaching the children and attending to the spiritual needs of his fellow captives. He is also instrumental in setting up a system whereby food is smuggled into the camp, not just for the prisoners, but for some of the starving guards as well. The exhortation to love thy enemy is non-negotiable it would seem, even when those enemies are slowly killing you.

Had the movie focused more on this aspect of the story, it would be much more successful than it is. Unfortunately, it’s here that the behind-the-scenes realities of the film’s production takes its toll on the finished product. Because the movie was funded and filmed in China, the makers of On Wings of Eagles had shift some of the focus off Liddell in order to tailor the story to that country’s demands.

To wit, the story is actually narrated and told from the point of view of the fictional character of Xu Niu (Shawn Dou), a rickshaw driver whom Liddell has befriended. It is Xu who is instrumental in getting food to the prisoners, and the movie spends perhaps a bit too much time with his efforts. The obvious reason for this is to allow the film to illustrate the poor treatment of Chinese citizens at the hands of the Japanese invaders, an extremely sore point in the country to this day. The problem is the time spent with Xu, as well as another subplot involving the aforementioned married couple, tends to dilute Liddell’s part in the story.

This is most apparent in the climatic foot race between Liddell and the captain of the Japanese forces, which Liddell agrees to run in exchange for medicine needed by a seriously ill prisoner. This event is meant to have the same impact as Liddell’s final sprint in Chariots of Fire (there are even slight callbacks to Vangelis’ score in the accompanying music), but there hasn’t been enough time given to the relationship between Liddell and the captain to invest the race with the necessary emotion. It just falls a tad flat.

The other problem is, unsurprisingly, Liddell’s religion. By all written accounts, Liddell was an exemplary Christian, equally devoted to the care of others and spreading the Good News. As you might guess, while there has been some recent good news regarding the Church in China, openly depicting this kind of Christianity is still a tricky undertaking for a Chinese production. In an interview with the New York Times, co-director Stephen Shin explained, “You have to be very careful with how you portray religion. The movie can’t be a medium through which to promote certain religious beliefs.” Shin, a Christian himself, does his best, but Liddell’s faith still comes across as a bit muted.

All that being said, On Wings of Eagles is not a movie I care to nitpick too much. Even though it may not be told in the best way it could be, the time Liddell spent imprisoned is still a story worth spending some time with. No, it doesn’t inspire in the same way that Chariots of Fire did but, let’s face it, few movies do.