A leader of the real Reformation, Charles Borromeo saw a need and filled it 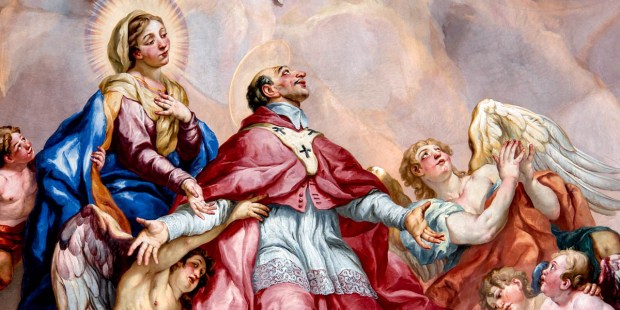 His example shows us the way to call the Church back to its true self, rather than splitting and splintering it.

Five hundred years after Martin Luther nailed his 95 Theses to the church door in Wittenberg, the word “reformation” has become synonymous with Protestantism. When we speak of “the reformers,” we typically mean people like Luther, John Calvin, or Ulrich Zwingli. Yet too often we forget about another reformation, a Catholic Reformation, that helped to cure the Church of some of its late-medieval ills rather than amputate its limbs. And one of its great figures, St. Charles Borromeo, is commemorated November 4.

Many aspects of the Church in the year 1517 were not healthy. The clergy were generally ill-educated and often failed to live up to the moral standards their state in life requires. Prelates essentially bribed the papacy for appointments to plum dioceses, which they would then tax but not reside in or oversee in any meaningful way. And the understanding of the relation between money and indulgences had slipped down the slope from a form of almsgiving to, in some places, essentially buying one’s way into heaven. The faith of many of the laity bordered on superstition, but the clergy were too ill-equipped or too little interested to properly teach them.

The Protestants saw this situation and denounced the Church, first in its practices, then in its teachings, ultimately either leaving or being expelled, splintering the Church into factions. Far from a reform, this was a revolt, which only exacerbated rather than alleviated the Church’s problems.

Read more:
500 Years later, has the internet made Luthers of us all?

The Church responded to these challenges by calling an ecumenical council at Trent, but the initial sessions were sporadic. When Pope Pius IV was elected, he appointed his 22-year-old nephew, Charles Borromeo, as cardinal, and brought him to Rome to assist in the Curia. Despite his youth, Charles had already received degrees in both civil and canon law. He organized the third and final convocation of the Council of Trent and oversaw the production of the Roman Catechism, which was the standard universal catechism for more than 400 years and became an invaluable tool for teaching the faith.

Charles continued his reforming efforts after he was made archbishop of Milan, particularly focusing on education. Charles recognized that many of the ills of the Church were due to poor education of both clergy and laity. So he founded seminaries and colleges both in his archdiocese and throughout Europe for the intellectual and spiritual formation of the clergy, and he established the Confraternity of Christian Doctrine (the famous CCD) for the religious education of children. Charles’ legacy in this area is such that he is remembered today as a patron saint of catechesis.

But he was not only focused on the intellectual life of his flock—he fed their mouths as well as their minds. He was a patron of the poor, taking on great personal debt to feed the hungry during times of famine and hardship. When Milan was struck by plague and the city’s governor and nobles left, Charles remained to organize the care of the sick.

Charles’ personal holiness and spiritual leadership helped revivify the Church. Though his strict responses to an age of laxity earned him many enemies in his day, a sterling legacy emerged. Charles’ commitment to sound catechetical learning and solid priestly formation produced a laity and clergy with a much deeper grounding in the Catholic faith, less prone to the vices of superstition and greed that plagued the Church of his time.

As St. Augustine famously said, the Church is semper reformanda—always in need of reform. Thankfully, we have great examples like St. Charles Borromeo to show us the way to call the Church back to its true self, rather than splitting and splintering it—to have reform, and not revolt.

Learn more about how art was a key part of the Church’s response to the Protestant revolution with this series of articles from art historian Elizabeth Lev. See the series here: Art and Reformation.