The day I realized I am not the good Samaritan, after all 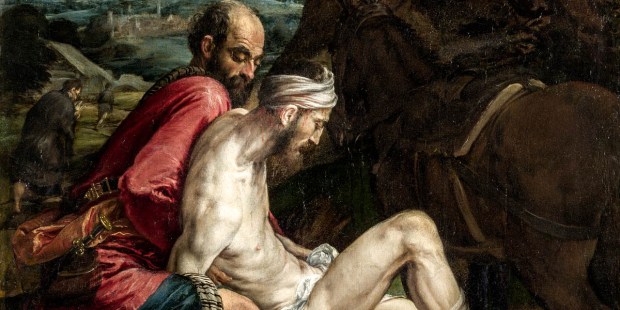 All this time, I thought I was meant to be first person, primary in Jesus’ parable, but it’s not all about me.

“A man went down into Jericho,” begins Jesus’ parable of the good Samaritan.

You probably know the rest. This man was beaten up by bandits and left for dead. Two upstanding members of the man’s community — a priest and an expert in the law — saw him, but both made excuses and left him dying in the ditch. It was a Samaritan — a sworn enemy of the victim’s people — who stopped, scooped up the man, cared for him, took him to safety and provided financially for his convalescence. Jesus, then asks the audience which passerby was the true neighbor, then instructed His scandalized listeners to go and do likewise.

We celebrate this story and rightly exhort one another to be courageous. Even in a post-Christian culture that has rejected so much, we still splash the title “good Samaritan” across the front of the newspaper to praise an unlikely hero who stepped into a dangerous situation to rescue a stranger. Rightly so.

But one thing I have heard about that man going down into Jericho has stayed with me: Jericho was seen as a place of disrepute. That man wasn’t just “going down” in a geographical sense. He was “going down” morally, too.

This wasn’t just a story of an upright stranger, an enemy-turned-neighbor: This was a love story about God and us.

Because it was I who went down that road into sin.

It was I whose sin left me for dead in the mud.

It was I who was pummeled and robbed by the things I admired in all their clever worldliness, the things I idolized and thought had all the right answers.

And it was the One I had thought my enemy, the very God whose ordinances and commandments I snubbed, who stooped down to save me.

It was the very God I had rejected who did not reject me in return.

It was the love I thought I could do without that breathed me back to life.

It was God who picked me up, who healed my wounds, who left me in the good care of others, charged to love me as He did. And it was God who promised to provide until He comes back for me.

For the first time, I understand that this Gospel story was not primarily a call to aspire to be a good Samaritan, but rather a call to recognize in myself the man lying in the ditch. To understand that God was and is the lover, the rescuer, and the restorer.

But if it were not enough, to be loved, rescued, and restored by Him, God then dignifies us with the invitation to come alongside and join Him. He bestows on us the privilege of becoming good Samaritans, of going out into the dangerous places to seek out and scoop up the others who were left for dead, as we had been.

He allows us to be the innkeepers entrusted with giving hospitality to these broken strangers, and loving them back to health — just as we were nurtured back to wholeness through the love of those to whom He once entrusted us.

We need to start with this understanding and sure knowledge of His merciful love for us: that though we were sinners who rejected Him, He loved us, He sought us out, He rescued us, He made us  partakers of His life, He invited us to abide and then granted us the dignity of being collaborators with Him.

This is God’s love story for you and for me. Can you recognize yourself within it?