Why you should include “gravity training” in your workouts 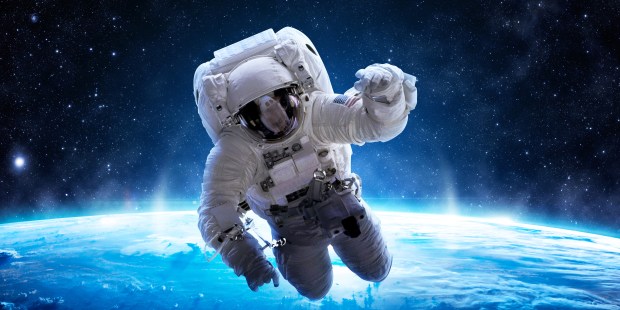 Most gym workouts fail to stimulate one of your body’s most important systems.

But all of these times had one thing in common: I felt terrible all the time and had no energy.

With five kids, I need energy. Energy is something I treasure. So I learned pretty quickly that to keep my energy levels up, I had to make exercise a priority. I spent years running in the mornings because it was the easiest way to exercise. I even got to a point where I did not despise every second. Sometimes I would mix it up with exercise videos, pilates, and biking, but running was pretty much my mainstay. It kept my energy levels moderately high and kept me fitting into my mom jeans, which were pretty much my highest goals.

It wasn’t until I started martial arts, though, that I realized how remarkably different the effects are from differing types of movement. Not only did I lose the baby weight from five kids, but my energy levels soared. My mood and outlook brightened, and — get this — my hand-eye coordination improved dramatically.

Apparently, this is because martial arts makes us interact differently with gravity. And according to Luke Sherrell, co-founder of the AMN Academy, NASA has known for years that physical health is all about interacting with gravity.

For those of us who aren’t spending time in space, NASA agrees that sitting is killing us and dulling our senses. Traditional strenuous gym workouts are ineffective at offsetting the ill effects of sitting, according to Dr Joan Vernikos, research scientist and former director of NASA’s Life Sciences Division.

In her work, she refers to “the gravity vector,” stating that interacting with gravity is essential to our health.

Sherrell explains that there are three basic planes of motion: sagittal, frontal/coronal, and transverse. Sagittal movements are forward and backward, like running or rowing. Frontal/coronal movements are sideways and vertical, like side shuffles or power lifting. And transverse movements are rotational, like spinning kicks or pirouettes. He says that when we exercise, our goal should be to move through all three planes as often as possible to stimulate our vestibular system.

The vestibular system is the system in the inner ear that makes it possible for you to turn your head without getting dizzy and falling over. It’s an incredibly vital neurological system that controls everything from balance to the postural muscles that keep you upright — and it’s the single most under-stimulated system in modern life.

This doesn’t surprise me at all. The first time I tried to do a spinning kick I landed on my face. Actually, I landed on my face the first 50 times (and came pretty close again last night). My balance still isn’t great — but it’s significantly better.

My spatial awareness, however, is dramatically better. I can catch keys when people throw them to me now, something I literally have never been able to do. I’m steadier on my feet and have more confidence in movement, so I try things now I wouldn’t have a year ago (like crazy high box jumps). All this extra movement has made me stronger, more energetic, and infinitely happier.

You don’t have to go sign up for taekwondo to start getting the same benefits, though. Sherrell suggests that you start working through the planes of movement with simple activities like a full squat, rolling on the floor, crawling, climbing, jumping, and swimming. (This exercise program has the added benefit of doubling as playtime with your toddler, mamas!) Once you’ve gotten good at the basics, branch out. Take gymnastics or breakdancing or start training for American Ninja Warrior — whatever gets you interacting with gravity and having fun!

Read more:
How to get your daily exercise in while “momming”

Read more:
Do you sit all day? A health risk you shouldn’t ignore (VIDEO)