The love of a father 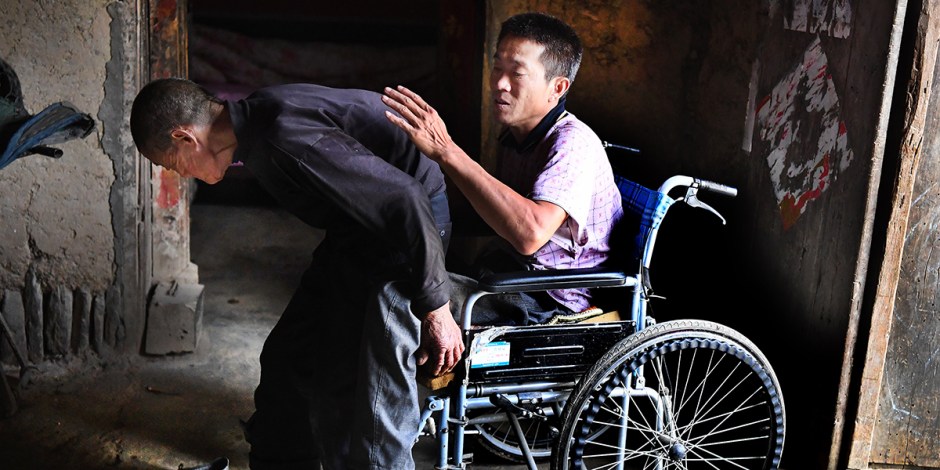 He Yongdi (L) carries his son He Xueyi into his wheelchair in Hexin Village, China. Yongdi, who is 79 years old,  has been caring for his disabled son for the past 21 years. His son Xueyi was paralyzed as a result of an accident at an iron mine in Hebei Province in 1996, and in 2004 he lost his wife.

Yongdi looks after his son’s every need and works as a farmer. In 2016, he grew crops and raised 100 chickens and three pigs with the help of poverty alleviation efforts from the government.

“Looking at the wrinkles in his face, my heart aches like being stabbed,” He Xueyi said about his father. “Next life, I want to be a father and love him back like he loves me.”