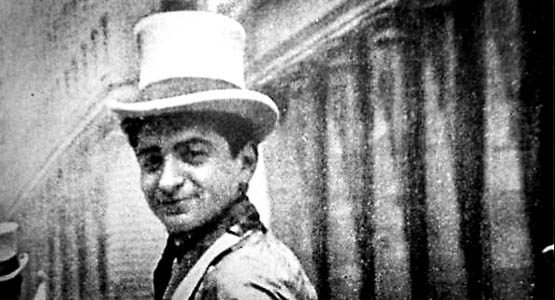 It might have been as forgotten as ‘Yip, Yip, Yaphank’ had Irving Berlin not been a patient man.

Back in 1940 there were no televisions or laptops or iPads. The United States was on the brink of being brought into World War II.  The word “cyber” was not even invented. But there was the radio and that was how the nation received its evening entertainment. Newspapers were trusted and that was the primary news source.

Frank Sinatra was the heartthrob of the teenage girls of the day and many of the young folk listened to him. Well, when Frank heard Miss Kate Smith sing the song “God Bless America” for the first time on radio he declared that Kate Smith was, without a doubt, the best singer of her time. In fact, it is said that when the song was heard for the first time — on a radio broadcast in 1938 — most of the men in America were wiping tears from their eyes.

America was at that point still in the throes of the Great Depression, and Hitler had conquered Poland and was seemingly about to conquer  all of Europe. Most Americans were afraid our boys would soon be fighting in that war. The nation was anxious and economically struggling. After supper, most families would gather around the radio set and tune in their favorite serial or variety show, and at that time no one was a bigger star than Kate Smith.

Kate was a patriotic woman, like most Americans of that time. She had a desire to do something to bolster the mood of the country. She turned to her friend, one of the great American songwriters of all time, Irving Berlin, and asked him if he could write a song to help “cheer the country up.” Mr. Berlin (so the story goes) smiled at her, went to his files and pulled out a song he had written 22 years earlier, in 1917.

Berlin had originally intended the song for a musical called Yip, Yip, Yaphank, but had decided against using it. Yaphank is a small town in Long Island, close to Camp Upton, where Berlin had been stationed at the time. Handing the song to Smith, he said, “I have waited all these years for the right moment to release this. This is that moment.”

Both Kate and Irving Berlin had no idea how the song would be received but decided that if any money was made it would be given to the Boy Scouts of America. Over the years millions of dollars in royalties have gone to the Boy Scouts. This song still arouses patriotic feelings and pride about our country when we hear it.

Here is a clip from the 1943 movie This Is the Army, in which Kate Smith recreates her very first performance of “God Bless America”: