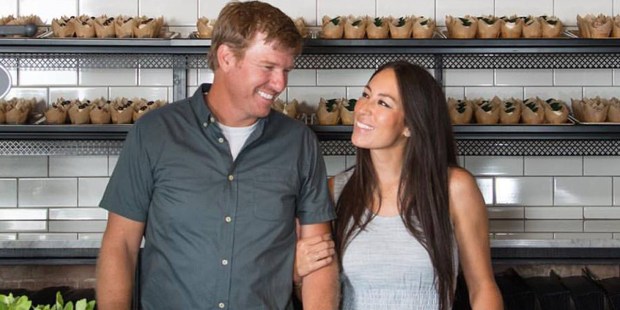 Chip and Joanna Gaines are calling it quits on their show, the second highest rated show on cable TV, because “family comes first.”

I don’t like reality TV. Even the “good” shows feel repetitive and manipulative. And the bad ones … hoo, boy, are they bad — exploitative and cynical shows that play on the baser, meaner instincts of both viewers and participants.

Well, all except for Fixer Upper, of course.

The hit HGTV show returns for its fifth and final season November 21, and I imagine my wife and I will be watching — just as we have for most of the last four years. Chip, Joanna and the rest of the Gaines family became trusted guests in our living room — and in our home, that’s not easy to do.

We’re not alone in our fandom. Last season’s Fixer Upper finale was the second-highest-rated show on cable television, trailing only the finale of AMC’s perennial ratings winner The Walking Dead. Chip and Joanna charmed much of America, and perhaps the fact that they’re walking away when the show’s still so popular only adds to the couple’s mystique. But what made it such a special show in the first place?

I’ve got four thoughts on that …

HGTV has been the No. 1-rated cable network among “upscale women” for the last decade, and I think I know why: They provide viewers with a steady dose of stylish redemption.

Yes, the homes are beautiful. We all loved to get a gander at the spa-like bathrooms and massive kitchens that Fixer Upper and other HGTV programs showcase. But truth is, if all we really cared about was granite countertops, we could just wander around a home improvement showroom for a while. These shows give us something more: Something, dare I say, theologically resonant. They give us redemptive stories with a happy ending.

Consider the usual Fixer Upper property — an ugly, misused, neglected mess of a house. Joanna sees the possibilities behind the mess, and she and Chip work like the dickens to turn something ugly into something beautiful. In the end, we see the new owners smiling, sometimes crying, for joy.

That sort of happy ending is always welcome, but maybe especially now, when our world seems so fallen.

But it may also subliminally remind us that we, too, are reclamation projects — broken things remodeled in Christ. God looks past our flaws and failings and sees something beautiful in us. And, if we let Him have His way, He can remake us into something closer to what He originally designed us to be.

Listen, I’m not naïve enough to believe that everything we see on Fixer Upper is completely spontaneous. But man, the show does an amazing job of making it feel so.

Obviously, every reality show is predicated on getting to know, supposedly, the “real” people the show portrays. (Hence, “reality” television.) But often, thanks to creative editing and manipulative scenarios and, sometimes, conscious decisions on the part of the stars to play a semi-fictionalized version of themselves, what we see falls short of real reality. And as viewers, we can sense that. It’s like a fake smile or a disingenuous compliment. We can feel the fakeness.

But the Gaines family feel honest — or, at least as honest as reality television allows. Maybe Chip wouldn’t make quite as much of a fool of himself in antique shops if the camera wasn’t there, but it still feels somehow true to his character. Their kids are charmingly unscripted. And when Chip and Joanna appeared on screen together, you can sense not just the love and affection between them, but the exasperation that I think all of us can feel sometimes toward our significant others.

… and we liked what we saw

To feel real for the cameras is one thing. To be likeable is another. Chip and Joanna managed to be both.

It helped that their family was such an important and organic part of the show, and that they looked like fun, but in a mellow sort of way. My wife and I would want to sit down and have coffee with them.

But then I saw an “I Am Second” video with the two of them, where Chip and Joanna talked about faith, each other, and even their own insecurities. And perhaps that made me — and many of their fans — like them all the more.

It’s not often you see professing Christians on television, much less Christians whom your agnostic and atheist friends might like as much as you do. Faith is a big part of the Gaineses’ lives, but they never preach on their show. Never judge. They simply live their lives, like most of us do. And yet those lives — what little we saw of them on screen — feels like a powerful, persuasive testimony in itself.

The couple stumbled into a bit of controversy when BuzzFeed blasted Chip and Joanna for going to a church headed by a pastor who “takes a hard line against same-sex marriage …” Uncowed, the Sunday after the story published, Chip tweeted, “In times of trouble … you’ll find the Gaines family at church.”

In the aftermath, the couple sidestepped what they personally believe, but Chip seemed to address a wider issue in a blog post:

“If there is any hope for all of us to move forward, to heal and to grow – we have got to learn to engage people who are different from us with dignity and with love. Joanna and I have personal convictions. One of them is this: we care about you for the simple fact that you are a person, our neighbor on planet earth. It’s not about what color your skin is, how much money you have in the bank, your political affiliation, sexual orientation, gender, nationality or faith. That’s all fascinating, but it cannot add or take away from the reality that we’re already pulling for you. We are not about to get in the nasty business of throwing stones at each other, don’t ask us to cause we won’t play that way.”

Pretty great response, if you ask me.

Yes, Chip and Joanna Gaines are leaving the small screen, and television will be a poorer place for it. While some tabloids have speculated that Chip and Joanna’s marriage has hit a rough patch, they say their marriage is actually as strong as it’s ever been.

“We would rather stop here, where we still feel we’re in a really good place,” Chip told People.

But they did acknowledge that the show was becoming a burden on their family — and when you have young kids, lost years can’t easily be replaced. Again in People, Chip said, “[The kids] would ask, ‘Mom and Dad, do you guys have to film again today? When is this going to be over?'”

“The kids were so young when we started,” Joanna added. “Fast-forward to today and our oldest is almost a teenager — they’re all growing up so quickly.”

“Our Family Comes First,” People paraphrased the reason for Chip and Joanna’s decision to walk away.

If family came first for everyone in reality television, I think I’d like it a whole lot more.