Why did Jesus leave the burial cloth rolled up and in a separate place? 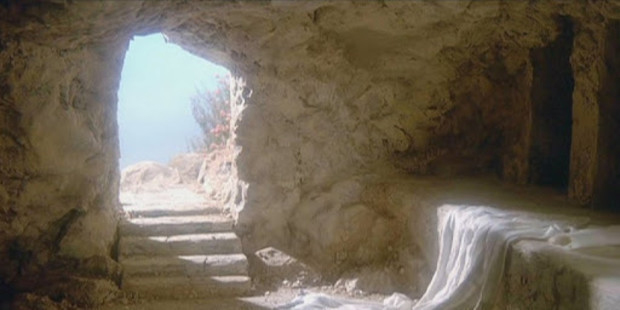 A Jewish custom of the time explains why John noted and recounted this detail.

St. John’s Gospel specifies a curious detail in its recounting of the Resurrection.

Why would John have noted the placement of the burial cloths in light of the astonishing fact of the absence of Jesus’ body? And why would he have thought it important to include this detail in his telling of the events of that first Easter Sunday morning?

In fact, it was an important detail.

According to Father Chrystian Shankar, the rolling up and placement of this cloth hearkened to a Jewish custom of the time. It related to a common practice used by servants and masters of this era.

A servant, after he had prepared the dining table for his master, would stand to the side, out of sight of the master, but attentive to the progression of the meal. He wouldn’t dare to return to the table until the master had finished his meal.

When the master was finished, he would rise, clean his fingers, mouth, and beard, and leave the “napkin” crumpled in a ball on the table. The wrinkled, discarded napkin indicated “I have finished.”

If, however, for whatever reason, the master left the table with the intention of returning, then he would crease the napkin into folds and leave it beside his dishes. This was a message for the servant that he was not to disturb the table, given that the master had indicated: “I am returning.”

This, then, is perhaps the reason for John’s attention to the detail of Our Lord’s face cloth.

Jesus had told them with his words that the Son of Man would return. That morning, he repeated the promise, with the seemingly inconsequential, but very symbolic, gesture of leaving his face cloth rolled to the side, assuring us that he’d not left for good.