Did you know there was a concentration camp for children? “Little Auschwitz” 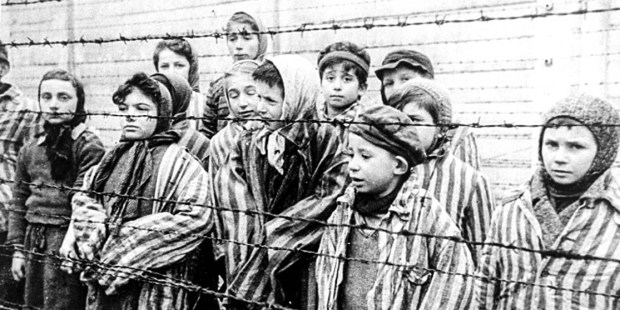 The horrors of the Holocaust seem to be a never ending discovery.

Could you possibly find yourself in a worse place than a German Nazi concentration camp during World War II, a veritable hell on Earth? Hard to believe as it is – you could. This tragic fate was suffered by Polish children transferred from such camps as Auschwitz-Birkenau, Majdanek or Stutthof to the children’s camp in Łódź, a place called “Little Auschwitz.”

In the camp the children were faced with all that they had known from elsewhere: exhausting work, beatings, starvation, and unbearable cold. Besides, there was no one around who could take care of them or to explain to them what was going on around them. The camp is little known, not only abroad but also in Poland, and few residents of the city itself have heard of it.

“A woman came up to me, asking what I as archbishop of Łódź would do to restore the memory of the concentration camp for Polish children in Przemysłowa Street. Atually, I didn’t know anything about such a camp,” says Archbishop Marek Jędraszewski in the film We Were Stripped of Our Whole Childhood. For several years following, the archbishop made every endeavour to restore the memory of this terrible place and commemorate the victims. Under his auspices, a commemorative plaque was unveiled in the local cathedral and every year at the beginning of November prayers are held at the Memorial of the Children Martyrs of Wars, called a Monument of a Broken Heart.

Where did the terrible idea of setting up a children’s camp come from? Shortly after entering Poland, Germans became aware of the issue of orphaned and homeless children. Their parents had died, were arrested, or taken to the camps, so the children begged or tried to get hold of food in some other way.

Moreover, minors were involved in illegal sale or smuggling (when, for example, they helped their parents to transport prohibited products). When activists of the underground movement were apprehended in Mosina near Poznań, almost 80 children were arrested.

Children could be sent to the camp also for “loitering” or for their parents’ refusal to sign the Volksliste, a list confirming German nationality. When the camp was established, it received Polish children from concentration camps located across German-occupied Poland.

They Nazis chose the city of Łódź as the location of the camp. It was situated in the middle of the country and could be easily reached from the territories incorporated into the Third Reich and from the so-called General Government. “Aesthetic” considerations, so to speak, were also important. With robust industry, still with a sizeable German population, Łódź was supposed to set an example as a model conquered city. There was no place here for the emaciated, flea-ridden and suffering little Poles begging on the streets.

The German occupiers decided to create something like an isolation or correctional center. In practice, this was a concentration camp where children had to carry out exhausting work and received meager portions of food. Each wrongdoing was punished by brutal beatings or such “correctional” methods as being doused with water and forced to stand in freezing cold or carrying out strenuous exercise.

The “tutors” cared about the morale of their little slaves by encouraging them to inform on each other, and introducing absurd, cruel discipline. The children’s camp in Przemysłowa Street in Łódź was in theory intended for children between the ages of 6 and 16, but the youngest prisoner was merely 2 years old. When the inmates reached the age of 16, they were transferred to “regular” concentration camps. Some of the youngest children were adopted by German families.

Camp documentation has not been preserved in its entirety, so we cannot be certain how many children were actually held in the camp and how many died there. When in January 1945 the Soviets advanced on the city, the camp crew fled and left the gates open. Historians estimate that from 3,000 to 5,000 children were imprisoned in the camp; at any one time around 3,000 children were staying on the camp’s premises.

What methods were used by the camp “tutors”?

The pictures from the camp archive show calm, sometimes faintly smiling kids standing in rows. In some photographs they are even shown as wearing winter clothes. The memories of the people who were imprisoned in a camp as children do not correspond to these images at all.

The key word recurring in the stories of former prisoners, also those written in letters to their families, is hunger. The children received two slices of bread and a bowl of watery soup a day. They were therefore desperately looking for something to eat, throwing insects into their soup, eating grass and leaves, and trying to steal something from the camp kitchen. They were severely punished for such “crimes.”

The children feared the most the building they were sent to for soiling the bed. Since the children lived in trauma and were always cold, many of them had problems with urinary incontinence. This greatly annoyed the camp’s “tutors.” As beating did not help, a separate unit was set up for these children.

The food rations – far too insufficient – were halved there. There were no mattresses on the bunks and only thin blankets to cover yourself with. The kids slept with their clothes on. The wet boards would rot and give off a horrible stench. The children grew numb, often got sick and died. The cries of the dying did not allow others to fall asleep. One of the extant letters tells a story of a boy who was in such a state that his body was rotting away even before his death, and when the unit supervisor came and pulled up the blanket with her stick, the dried and pus-ridden skin was raised along with the blanket.

On the other hand, each child dreamed of going to Dzierżązna near Zgierz, where the camp’s subsidiary unit was located. There was a farm there, which supplied the camp in Łódź with food. The food rations were bigger there and the living conditions better. Unfortunately, only the oldest girls could work there.

Residents of Łódź were not aware of the existence of a children’s camp within city limits. Even during the occupation few inhabitants knew about it. The camp was established within the ghetto yet was separated from it with a high fence of wooden planks.

Immediately after the war, the fence and most of the wooden buildings were demolished (e. g. for fuel) and a few years later a housing estate was built there. In 1945, two “tutors”: Sydomia Bayer and Edward August, were sentenced to death. Moreover, one of the supervisors, Eugenia Pohl (who after the war changed her name to Pol) continued to live in Łódź and worked in a kindergarten until 1974, when one of the former prisoners recognised her in a queue in front of a shop. She was sentenced to 25 years in prison, released in the early 1990s and died in 2003 in Łódź.