3 Creative and impressive ways people are helping the homeless 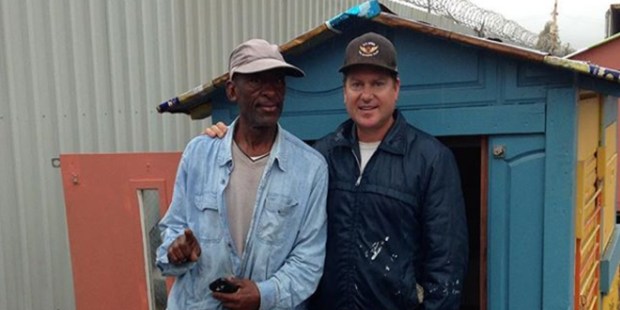 Maybe these examples will inspire you, too …

There are people in every corner of the world using their abilities in remarkable ways to help those less fortunate. Although giving of our money and time certainly benefits those in need, it can’t hurt to think outside the box and give of ourselves in unique ways that others may not be able to. Here are three examples to inspire your own creativity in serving others this season …

A builder makes brilliant use of discarded building supplies

Almost 20 years ago, builder Gregory Kloehn was working on a condominium project in Oakland, California, according to People.com. He noticed that not far from the building, some homeless people were camping out and several of them had fashioned “small shelters with cardboard, two-by-fours and sheets of plastic.”

It was then that Kloehn began wondering about his own ability to construct a tiny haven like that. Shortly thereafter, he completed his first mobile shelter “using an old box-spring mattress as a base, walls made from old futon frames, a camper shell as a roof and a refrigerator door for a front door.” Brilliantly, he put wheels on it as well, to suit a homeless person’s generally nomadic lifestyle. He gave it to a homeless couple who graciously accepted and then, adorably, began arguing over what color they should paint it.

“They were so grateful,” Kloehn recalled, “and it made such a huge difference for them to have a shelter they could take with them. I knew right then that I was on to something.”

And so, the Homeless Homes Project was born. Since then, Kloehn and his team of volunteers have constructed over 50 mobile shelters from discarded building materials for individuals who, before, had no place to call home.

“It’s a blessing to have my little home,” Rhonda, one of Greg’s homeless home recipients, told People. “When I lock my little door at night, I go to sleep with peace of mind.”

The fact that a multitude of men, women, and children have nowhere to lay their heads at night is harrowing. Thanks to Kloehn, that multitude is being reduced one mobile home at a time.

Guermo has a new home. Great to work in Los Angeles, thanks Sofia

Letta's new home,Los Angeles. Thanks to all who helped make it happen.

Kenji Nakayama‘s passion is the creation of attractive signs, since, as the bio on his website explains, he left Japan and his plans to be an engineer behind for Boston where he journeyed to “study traditional sign painting.”

Once there, he began noticing people on the streets holding drab signs made from a slab of cardboard and a permanent marker. With his artistic eye, Nakayama saw an opportunity to enhance these individuals’ messages. He started creating colorful, eye-catching signs for them to replace their originals.

Nakayama didn’t stop there, though. Although, as he explained to Boston Magazine, he enjoys making the signs, he also feels compelled to get to know the individuals for whom he makes the signs. “The more I do this project, the more I have been learning about the community and becoming more aware of the variety of problems that homeless people have.”

In a beautifully unique way, Nakayama is adding splashes of color to the lives of people who sadly dwell in much darkness.

Veronika Scott was a 19-year-old industrial design student when one of her teachers gave an assignment requiring students to “fill a social need.” In response, Scott, thought of the masses of homeless people in Michigan where she was studying. She came up with the idea of a weatherproof jacket that could convert into a sleeping bag.

Scott completed the assignment (acing it, I can only assume) and even went to distribute the coats she had made to a local homeless shelter. There, she was met with some resistance when a lady screamed, “We don’t need coats … We need jobs!” Somehow, instead of being angered or saddened by the woman’s ungratefulness, Scott decided she was right.

Enter the Empowerment Plan. Scott started a company that manufactured the jackets but hired those who needed them most. As a result, numerous women are continually being rescued from life on the streets.

As the organization’s mission statement declares, “We believe in giving second chances to those who want it, and providing warmth to those who need it.”

Amazingly, “[in] her first two years of business, Veronika was able to produce 250 coats, all of which were distributed to Detroit’s homeless population.” Since then, her organization has continued to thrive and Scott has won numerous awards for her ingenuity.

Detroit-based nonprofit @empowermentplan is killing 2 birds with 1 stone in their community. They give jobs to homeless women who want them, and the women make coats that turn into sleeping bags for all homeless individuals who need them. Learn more: EmpowermentPlan.org

“You reflect God in a way that no one else can or will again.” – Mother Teresa

Read more:
Teenage boys’ kindness to a homeless man is captured on CCTV

Read more:
How I helped a homeless bride plan her wedding