The islands no one wants to visit

Ocean currents have collected millions of tons of trash—mostly plastic, which ends up harming our health and that of the planet.

When it comes to the ecological footprint that people leave on the planet, the use of plastic is particularly worrying. It is a petroleum-derived product that takes between 400 and 700 years to decompose in the environment. Not only that: it is made up of polymers—macromolecules that will never break down under ordinary circumstances.

“We are the problem, and we are the solution,” is the positive message proposed by Gyre Cleanup, a project with the goal of raising awareness and cleaning up the seas and oceans of the world. We are the problem, because we are the people responsible for generating massive amounts of waste. Every 5 minutes, in the United States alone, 2 million plastic bottles are sold, and less than 10 percent of them are recycled.

Every year, 14 billion pounds of plastic end up in the oceans.

Perhaps we wouldn’t have started pulling our hair out until even later if it weren’t for oceanographers, who bear witness to plastic waste’s impact on the seas. This has become more evident because, due to ocean currents, trash has been accumulating at certain locations on the planet. Greenpeace published a report in 2016 that is useful both for the information it provides and as a guide to the decisions we must make regarding what we can do as citizens to avoid an even greater environmental disaster. Did you know that disposable plastic silverware takes 400 years to decompose? In that light, can you imagine what an impact an innocent party for children could have on the environment? It’s not just the long lifespan of plastic that’s the problem; it’s the incredible amount of products—including things like the packaging of fruits and vegetables—that we consume and discard daily, of which the principle material is plastic.

The currents in North Pacific create a gyre (an area of relative calm in the ocean, surrounded by stronger currents) that has collected more than 300,000 square miles of floating plastic debris. That’s a geographical area larger than the entire state of Texas. It was first detected by American researchers working out of Alaska, who, between 1985 and 1988, measured the amount of plastic floating in the North Pacific; however, it was brought more effectively into the public eye years later by Californian oceanographer and racing boat captain Charles Moore.

In the South Pacific in 2011 oceanographers discovered that ocean currents had also collected trash from America and Australia and had created a “garbage patch” of plastic waste roughly the size of France. Earlier, in 2009, a similar “island” of trash was detected in the North Atlantic.

In total, there are currently six known gyres where garbage patches are being created: The North and South Pacific, the North Atlantic (East and West), the South Atlantic, and the Indian Ocean.

No sea or ocean is free of toxic garbage, and nature is swirling it all together in such a way that our plastic waste is finally becoming visible to our eyes. This all sounds bad enough, but it gets worse, because there is an even more dangerous side to this form of pollution: microplastics (tiny fragments of plastic waste).

Plastic returns to us—in our food!

As plastic deteriorates in the sea, it breaks down into smaller and smaller pieces. However, we should not suppose that it affects the planet less because it is smaller. It is precisely this fragmentation that renders plastic the right size to be confused with plankton, which is eaten by many fish. In this fashion, plastic enters the food chain, and is passed on to other species that eat the plankton feeders—including, eventually, people. We human beings, who have made the ocean filthy and toxic with our trash (especially plastic), end up being the victims of pollution’s consequences.

The ecological consequences of floating trash are many: from plankton and algae that cannot receive the sun’s natural light because of the barrier created by floating trash, to the list of species in danger of extinction thanks to the presence of plastic debris in the waters of the seas and oceans. Among other examples, the dangers facing loggerhead sea turtles and monk seals are well known.

Did you know that every year 1 million sea birds and 100,000 marine animals—such as tortoises, dolphins, and whales—die due to ingesting plastic? 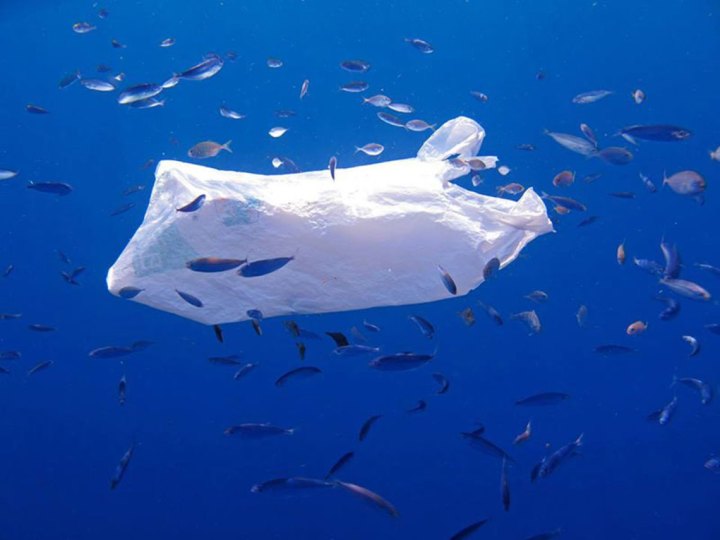 The Gyre Cleanup organization has been trying for years to clean the waters of the seas. Its proposal is controversial, because it is extremely expensive. Boyan Slat, creator of The Ocean Clean Up project, has faced similar obstacles. In 2016, the 23-year-old from Holland presented a prototype of a system to clean up marine garbage patches.Despite the fact that his proposal is controversial, his efforts may provide the impetus needed to push national environmental policies forward. Another organization focusing on the same goal is the Environmental Cleanup Coalition.

We cannot remain inactive. Either we take the initiative, or the situation will worsen. Every plastic milk bottle we throw away will take more than 400 years to disappear from the earth. So, where should we start? Since waste is created at home and at work, let’s take steps in those areas where we have personal influence:

1. Ensure that your fish consumption is sustainable. Fish can be very nutritive, but if you want to help diminish your ecological footprint, only buy fish that is in season, and preferably harvested through sustainable fishing in your region of the world.

2. Participate in beach-cleaning activities at locations near you (if you live near the coast). Many hands make light work. It is also a good way to educate children to respect the environment, and teaches us visually what sort of things we use that can end up in the ocean (intentionally or unintentionally).

3. Don’t use bottled water or plastic cups. Find ways to use bottles or glasses made of glass or other non-toxic and/or biodegradable materials.

4. Don’t use plastic bags. Use reusable bags: it only requires the foresight and small effort of carrying a cloth bag with you, perhaps in your pocket or purse.

5. Find reliable information and news about the environment and share it on social networks.