The inspiring story of a woman who believed there are good people everywhere, even in the midst of Germany in WWII.

“You know, son, I regret to say this, but she will not survive long.” These were the words heard by Teofil from his mother after his daughter was born. Yet the daughter, Wanda Błeńska, had in fact a long life ahead of her, dying at the age of 103.

On June 17, 1958, Wanda Błeńska wrote in her diary: “This morning I discovered a numb pinkish spot under my right knee; the numbness did not disappear until the evening. Is this what I think it is?” By then, she had been treating leprosy in Buluba, Uganda, for seven years. “Every now and then I examine the spot and touch it. I will wait till Monday — perhaps it will disappear?” It did. She was able to take care of leprosy patients for three more decades. As a small girl, she wanted to be a doctor and a missionary.

She will study nothing else

Born in 1911, the girl quickly decided she wanted to be a doctor. “Aren’t you afraid to let your young daughter go to medical school?” was the question heard by her father Teofil when he arrived in Poznań to enroll his daughter at the Poznań University Faculty of Medicine (Wanda was not even 17 years old at that time). “Daddy shook his head and said, ‘She told me she would not study anything else.’ The Dean grew silent and they accepted me,” recalled Dr. Błeńska years later.

There were as many as 300 medical students in the freshman year, only 15 of whom were women. “Of these 15 femalestudents, five were married, five engaged, and five were just like me, at a loose end, so to speak.” She would never marry, in fact. “I did not fall in love strongly enough to get married.” As a student, she became involved in the activities of the Missionary Circle. Today, the Academic Missionary Circle is named for her and allows many young people to experience missionary work first-hand. She was unable to become a missionary herself, though, as in those days lay women were not sent on missions.

After completing medical school, she returned to Toruń, where she worked at the State Health Department. Then the Second World War broke out. She was active in the Pomeranian Griffin, a clandestine anti-Nazi organization, as a commander of a women’s team. One day the Germans caught the liaison officer of the group and decoded the message she carried, as a result of which Wanda Błeńska was arrested on June 23, 1944. She could have been sentenced to death. Eventually, after more than two months in prison, she was redeemed for food.

His brother, Roman, was also imprisoned in Germany. When she learned that he was seriously ill, she went to see him. When I arrived at the prison, I had to ask the commander or the governor … He looked at me and asked, “How did you get here?” How did I get there? I thought. I do not know, God has helped me. I just said that I got there, because everywhere I went I found good people … It was characteristic of her to look for good in others and she avoided speaking ill about others.

When she finally was brought to her brother, she asked him what he needed. “I have such a fondness for berries,” he replied. “So, I went back to the city. The first person I saw was a woman carrying freshly picked blackberries. I approached her and asked, ‘Would not you sell some of your berries? My brother is in prison and he asked me to bring him some berries.’ ‘By all means,’ replied the other woman. ‘My son is in the army. He, too, can become a prisoner of war at any time.’ And she gave me these berries for free. This woman was German. There are good people everywhere.”

Błeńska would return to her brother in Germany in 1946; he was dying. At that time, it was impossible to cross the Polish border. But she managed to board a ship bound for Lübeck and hid in a coal chest. After Roman’s death, she could not return to Poland. She stayed in Germany and the following year moved to England, where she completed a course in tropical medicine. In 1950 she was invited by a local bishop from Uganda to work there. From then on, her life would always be associated with leprosy.

She went to Buluba on Lake Victoria and worked in St. Francis Hospital run by Franciscan Sisters on mission in Africa. She also worked at a nearby health care centre in Nyenda. For many years, she was the only doctor in the area, caring for thousands of leprosy patients. She examined them without gloves so that they would not feel rejected. It was only when she was dealing with an open wound or when she was performing surgery that she put medical gloves on. She wanted to overcome the fear of leprosy and the exclusion suffered by the sick in the community. They called her the mother of lepers.

In Poland, few people knew about her. This changed in time. In the early 1990s, over 80 years of age, Wanda Błeńska returned to Poland. She started lectures at the Centre for Missionary Formation in Warsaw and visited schools and pastoral care centres. She inspired others. Anna Wojtacha learned about Wanda Błeńska when the missionary was still working in Buluba; Anna was 14 at that time. She wrote her a letter. “Two months later, I received an answer on blue Ugandan stationery. The doctor wrote about her work in the village of lepers and how important it was to follow one’s dreams,” recalls Anna, who later became a doctor herself and has worked on missions in Zambia, Bolivia and Angola.

Dr. Wanda Błeńska wrote: “It is great to be a doctor on missions. Because you not only heal the disease, but also the soul. I do not know how many patients I have cured with medications and how many have been cured because I have prayed for them … ” She knows it now. She passed away three years ago, on November 27, at age 103. 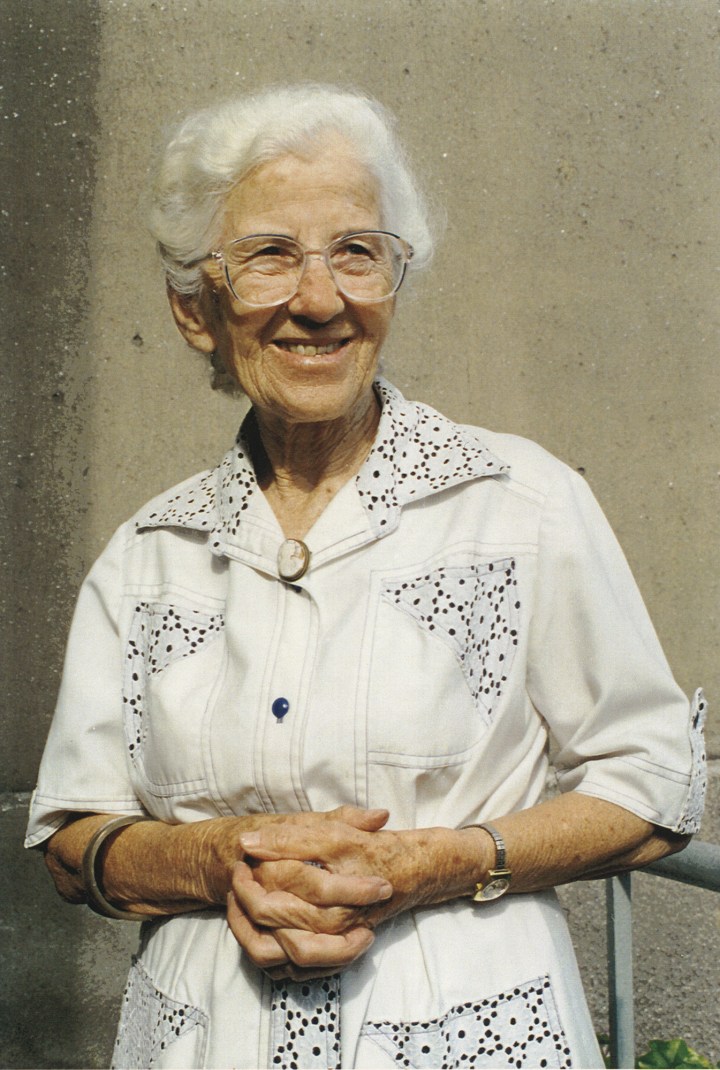