Playing Christmas music too early: The surprising effect on your mental health 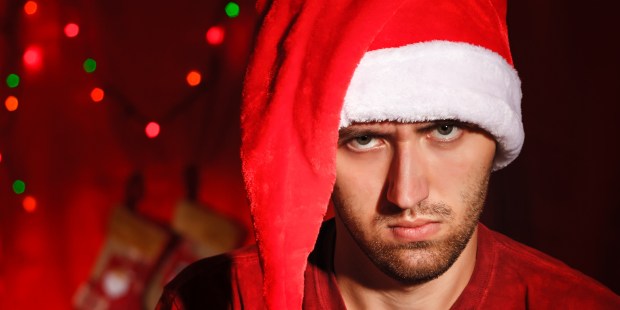 Maybe you should think about playing that Christmas music in moderation.

Every year Christians face the commercialization of holidays, and none more so than the Advent and Christmas seasons. With stores playing Christmas music earlier and earlier, most people now associate the most wonderful time of the year with gifts that need buying and plans that need finalizing. It’s enough to drive anyone a little mad.

According to clinical psychologist Linda Blair, it’s completely normal to be irritated by Christmas music; in fact, too much too soon might actually be detrimental to our mental health. Because Christmas music often acts as a reminder of unfinished to-do lists and the looming deadline of Christmas Day, playing it unceasingly or playing it too early in the year can contribute to especially high levels of stress throughout the season.

Store employees can be particularly susceptible to this problem. This year Best Buy beat out the competition by launching their Christmas playslists on October 22, completely ignoring the informal “wait until Thanksgiving” rule. Employees of these stores are more likely to be worn out by the time Christmas actually comes around because hearing the same songs over and over makes it impossible to tune them out.

Though many stores are eager to create a spending-atmosphere with the holiday music, is it possible that they are actually stressing people out? Blair explained, “Christmas music is likely to irritate people if it’s played too loudly and too early.”

If you find that Christmas music creates more seasonal stress than cheer, you might do your best to avoid it for awhile, allowing for some space and peace of mind to recall the meaning of the Advent and Christmas seasons.

Watch the video below for more.

Read more:
The perfect playlist to help prepare you for Christmas (VIDEO)