Praying in a cave, under ice: the Antarctic Chapel

The Belgrano II Base, in the Argentine Antarctic Sector, is home to the southernmost church in the world.

The southernmost place of worship in the whole world, of any religion, is a Catholic church.

Eight hundred miles away from the South Pole, in Argentina’s Antarctica, enduring winters of temperatures that go under 100 degrees below absolute zero Fahrenheit, the Belgrano II Base is home to about a thousand people.

Those almost 1,000 souls, whole live there all-year-round, have spiritual needs, too.

Finding suitable spaces for construction in Antarctica, considering that 98 percent of its surface consists basically of ice, is extremely difficult. So much so, that the first Belgrano Base (Belgrano I, that is), built in the 1950s, was abandoned due to instabilities in the terrain that compromised the safety of its inhabitants.

Years later, in 1979, the Argentinian government discovered almost one hectare of ice-free land on which the Belgrano II Base was built. And in the vicinity a system of tunnels and corridors was built, under ice. This system is mainly used by the scientists stationed at the base, but is also the place where one finds the southernmost place of worship in the whole world. 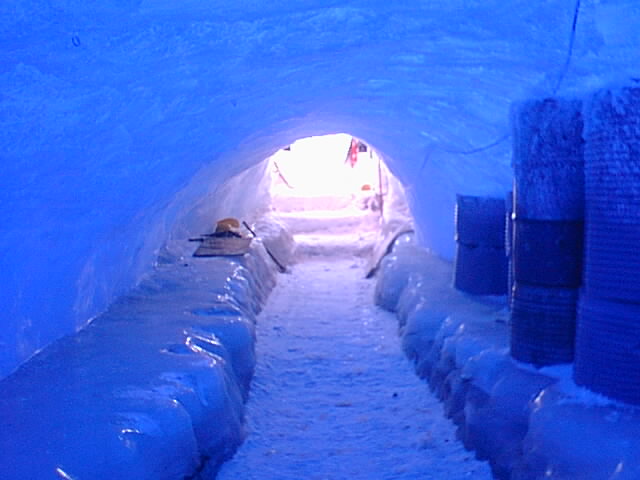