Iraqi Christians attend Mass at the heavily damaged Church of the Immaculate Conception in the predominantly Christian Iraqi town of Qaraqosh (also known as Hamdaniya) some 30 kilometers from Mosul a few months after the Iraqi forces recaptured it from Islamic State group jihadists.

Cardinal Philippe Barbarin, who was split between “sadness” and “hope,” celebrated the Mass for the “renaissance” in Qaraqosh. The Christian population was around 50,000 before the jihadists took over the area in August 2014, making it the largest Christian town in Iraq.

Photographs by Safin Hamed and Ahmad Gharabli for AFP 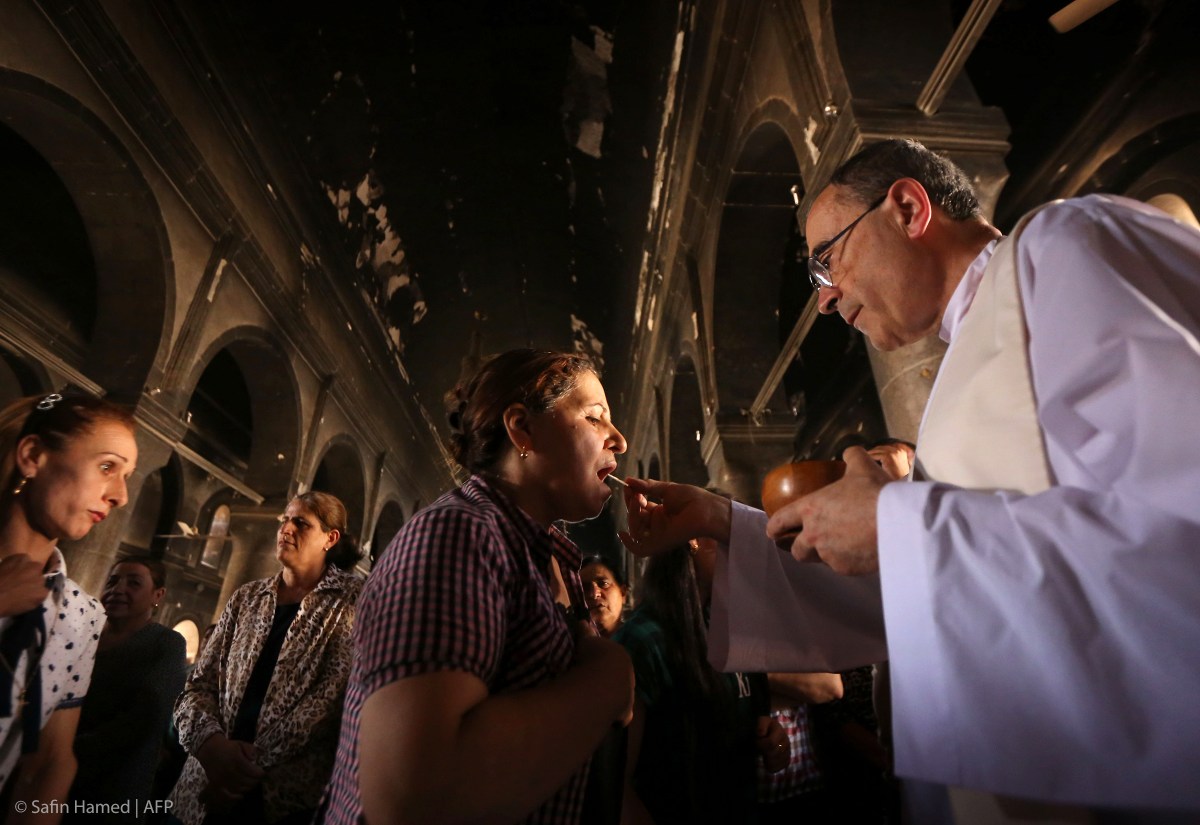