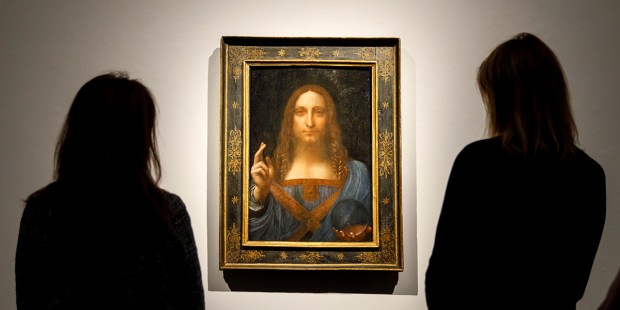 In a surprising development in the art world, the New York Times reported that last month’s mystery buyer of Leonardo da Vinci’s $450 million painting of Jesus, “Salvator Mundi,” was a little-known Saudi Prince.

The timing of the purchase is puzzling, coming in the midst of Prince Mohammad’s crackdown on corruption and self-enrichment in Saudi Arabia. On November 4, the Times reported, the crown prince detained 200 of the richest Saudi princes, businessmen and government officials.

Why a Saudi prince with close ties to the regime would risk offending Muslims within his country with an extravagant purchase of a painting of Jesus Christ as Savior of the world, is similarly mystifying.

The Times reported that while Prince Bader did not respond to a request to comment, the newly opened branch of the Louvre in Adu Dhabi, in the United Arab Emirates, tweeted on Wednesday that “Da Vinci’s Salvator Mundi is coming to 3LouvreAbuDhabi.”