Biological evidence that Jesus actually was born in December 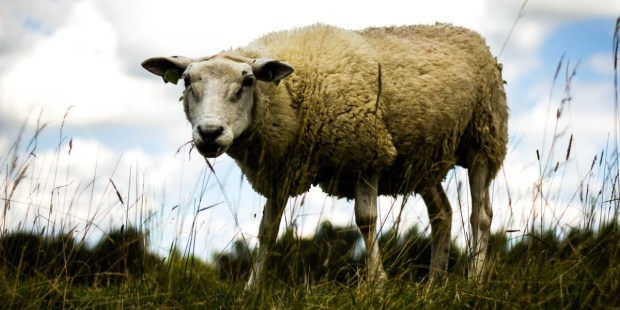 Of course the Lamb of God was born at the same time and in the same place as all of the Passover lambs.

Long ago, I accepted the idea that December 25 was probably not the actual date of Christ’s birth, that the real date was unknown but probably in the spring. Knowing the exact date doesn’t really impact the liturgical celebration, after all. It was just one more sad thing about being an adult, one more little bit of wonder gone from life.

Since then, I’ve become well acquainted with the historical evidence in favor of a date of December 25. The date can be derived historically from the dating of Zechariah’s entry into the temple to burn incense. It can also be derived theologically from the ancient tradition that a great prophet entered and left the world on the same calendar day. Thus, the Annunciation was determined to have occurred on the same day as the crucifixion, March 25. December 25 naturally follows nine months later. They are good arguments, held to strict standards of historical research and logic, within their own fields.

But neither ever quite satisfied my desire for something really concrete. One continual objection was that the shepherds in the fields at night were presumed to be attending to the dropping of lambs. And lambs didn’t drop in December. Lambs dropped in the spring, not the winter.

So, when yet another person asked “Why do we celebrate Christmas in December if lambs are born in the spring?” instead of explaining the significance of March 25, I suddenly wondered: ARE lambs actually born in the spring in Israel? Can I find out?

The Awassi sheep is a desert sheep, a fat-tailed breed that has existed in the Middle East for an estimated 5,000 years. It is the only indigenous breed of sheep in Israel. They are raised for wool, meat, and milk. Awassi sheep breed in the summer and drop lambs in the winter, when there is sufficient pasture for the ewes in milk. In Israel, the principal lambing season is December through January.

This is practical, I thought. This is fact. This is biology.

Sheep estrus, it turns out, varies according to breed. In northern breeds, estrus is triggered by the shortening of daylight after the autumn equinox. Breeding occurs naturally in October to November, and lambs are dropped in March and April. But, as you move geographically closer to the equator, the days don’t shorten as dramatically. Instead, sheep from subtropical and tropical areas tend to breed earlier, and drop lambs in the winter, or even breed and drop lambs year round.

This one little tidbit of information, for me, crystallized all the others. Of course Jesus, the Lamb of God, was born at the same time and in the same place as all of the Passover lambs. Of course this time was such that the day of His entry to and exit from the world are the same. Of course the nativity of John the Baptist is when it is because Jesus’s birth really is when it is.

Biology places great value on symmetry, and here was a symmetry to delight my intellect, a symmetry of history and theology and biology. Earlier, I had honestly mourned the loss of my childish wondering; now I find that this understanding has produced a greater and deeper wonder at the providence of God.

It is truly right and just.