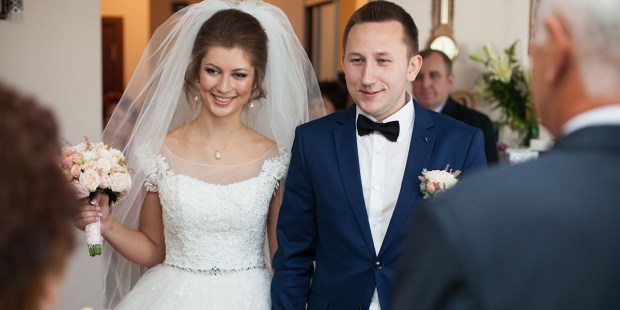 Generally kids choose someone like their mom or dad … so let’s shape up!

I prayed for my future daughters-in-law — because I only have sons — since my boys were in the womb.

For many years, that was my big worry until I realized one thing: instead of worrying, I had to work at being an example to follow for my sons, so that they would choose someone like me for their wife.

Sounds a bit much, right? But that’s the way it is. Our children generally choose someone like their mom or dad.

Read more:
Elderly couple’s 8-word reminder is a must-read for all parents

So I changed my focus: Would I really want my son to marry a woman like me? In many aspects, yes, though I’d prefer they marry someone much better than me.

Obviously, the ideal is to have this focus from their early childhood. But it’s never too late to start making positive changes.

If you’re a man, ask yourself the same question: would I like my daughters to choose a husband like me? If your answer is yes, then congratulations. Keep on doing what you’re doing. And as the young people say today: “You do you, Dad.”

But I think we all have areas where we can improve, and each one of us can discover those areas in a responsible and sincere way, and then make the changes and adjustments needed to be truly exemplary parents. Let’s help our kids choose their future spouse out of abundance, and not out of scarcity. That is, based on what they deserve and not looking for someone to fill the empty spaces in their heart or give them the love they didn’t get at home.

When our kids get to marrying age, we parents need to lay off the advice. Now is the time to invite them to observe and be reflective, to take as an example everything that lifts them higher.

This type of reflection exercise is useful for all of us, both parents and children, because it helps us see where we still need to improve. We parents need to be ready and willing to listen to the areas of improvement that our kids will point out to us.

Fortunately, and sometimes unfortunately, no matter how much advice we give them, they are already set in a behavioral pattern, with learned habits, inclinations, and tendencies. They learned what love is, and what life as a couple means, based on what they saw in us, their parents.

And by that age, our kids — just like us — will have an accumulation of emotional wounds that they are not even aware of, and those wounds influence the way they will choose their mate. Let me explain. In an involuntary way, they will try to find someone who fills their affective gaps. That is, they’ll choose a mate or look for love in accordance with the type of love they received and lacked in their childhood.

This means that a person goes looking outside for what he lacks, and offers what he received in his childhood.

So parents, it’s never too late to improve.

If you’re a mom and wife and you constantly nag your husband, if you’re controlling, possessive, or jealous, would you like your son to be treated the same way by his wife?

If you’re a macho and manipulative husband and father, insensitive, angry, a womanizer or violent, ask yourself the same question: Would you like your daughter to marry a man who disrespects her or has a proud and punitive attitude … just like you were with your wife?

I’m not talking about “karma” — I don’t believe in that — but in common sense. Most of us prefer what we already know, and we gravitate toward what is familiar to us, even though it may be painful or dysfunctional.

So, parents, let’s not worry so much about who our kids will marry one day, and instead let’s work on becoming healed and whole in our own interior, and on building a home life full of unity, love, respect, and affection.

Let’s work on living a virtuous life full of values and of everything that truly leads a person toward plenitude. Let’s form whole and emotionally healthy children. That way, it’s less likely that they’ll choose the wrong person to marry.

And of course, let’s always pray for them and for their future spouse.

Read more:
Would your wife marry you all over again?

Read more:
10 Lessons I learned about relationships from not walking down the aisle

Read more:
Will sex before marriage help or hinder a relationship?