Courtesy of the Franciscan Friars of the Renewal

Fr. Andrew J. Apostoli, a member of the Community of the Franciscan Friars of the Renewal and a popular spiritual preacher and author, died Wednesday at a friary in New York. He was 75.

His death on Dec. 13 came just a little over a week after the Franciscan Friars of the Renewal announced that Fr. Apostoli had “entered into the final stages of a battle with cancer, which has caused a very serious decline in his health.”

“Fr. Andrew conformed his life to Christ’s. As a priest, he was led by his relationship with the Holy Spirit, Our Lady, and Archbishop Fulton J. Sheen, and continually worked towards the renewal of the priesthood,” Fr. John Paul Ouellette, General Servant of the Franciscan Friars of the Renewal, said in a statement. “As a Franciscan, St. Francis was the clear inspiration for his humility, humor, and his simplicity in word and deed. Fr. Andrew’s faithfulness and joy urge us to live the joy found in the Gospel.”

Cardinal Timothy M. Dolan, the archbishop of New York, where the Friars of the Renewal began some 30 years ago, said in a statement to Aleteia that Fr. Apostoli “embodied Franciscan spirituality, and was as dedicated a priest as any I have ever known. That sentiment was shared by my predecessors who loved him as well.”

Although Fr. Apostoli was known worldwide, Cardinal Dolan said, “we in New York felt a special closeness to him, and to the Franciscan Friars of the Renewal which he helped found with Fr. Benedict Groeschel.

“All who came into contact with him soon knew of his love for Jesus, his humility and gentleness, and his deep love of Mary, especially Our Lady of Fatima,” the cardinal said.

A statement from the Renewal Friars community said that Fr. Apostoli “spent his 50 years as a priest preaching, writing and traveling the world giving parish missions and retreats, spreading the Gospel with an emphasis on encouraging love and devotion to Mary, the Mother of God.”

Born on July 3, 1942, in Woodbury, N.J., to Dominic and Malvina Apostoli, Andrew Joseph Apostoli entered the Capuchin Friars in 1959 at the age of 17. He professed perpetual vows in 1963 and was ordained to the priesthood by Archbishop Fulton J. Sheen on March 16, 1967.

He was one of eight Capuchin Franciscan Friars, including Fr. Benedict J. Groeschel, who attempted a reform of the order but ended up starting a new community. The split took place in 1987, and the men established a friary in the South Bronx, at that time one of the poorest sections of New York City.

“It was a great challenge for both Fathers Benedict and Andrew to decide to leave their respective Capuchin communities to form a new and stricter community dedicated to prayer and service in the spirit of St. Francis,” said Christopher Bell, co-founder with Father Groeschel of Good Counsel Homes for unwed mothers. “Together they were the elders among the eight men who banded together to form the community of the Friars of the Renewal. While both Fathers Benedict and Andrew would not claim to be the founders of the community—they would quickly say ‘there are eight of us’—given their older and mature status they were looked upon and revered for their courage and determination. It was a determination of deep faith and tremendous love for the Lord Jesus Christ to serve Him in a way that was more pleasing.”

Fr. Apostoli lived to see the community grow to include almost 130 members and expand to some 14 friaries throughout the United States, Central America and Europe. Under Cardinal John J. O’Connor, the community received formal recognition of the Archdiocese of New York in 1999. Just a year ago, it received recognition from the Vatican as a “religious institute of pontifical right.”

It was due in part to his own popularity as a public speaker and author—and that of Fr. Groeschel—that the community seemed to attract so many vocations.  According to Ignatius Press, he was considered one of the world’s foremost experts on the apparitions at Fatima. He authored Fatima for Today: The Urgent Marian Message of Hope. A frequent presence on the Eternal Word Television Network (EWTN), he hosted the TV special “Our Lady of Fatima and the First Saturday Devotion.” He also hosted a three-part series on Fatima on Catholic TV.

Other books included When God Asks for an Undivided Heart: Choosing Celibacy in Love and Freedom;Following Mary to Jesus, and Walk Humbly With Your God, and several works on the Holy Spirit, including The Gift of God: The Holy Spirit.

He also hosted “Sunday Night Prime” on EWTN, where one regular guest was Donna-Marie Cooper O’Boyle.

“I couldn’t help but observe Fr. Andrew’s humility, gentle spirit, and fervor for spreading the Gospel,” she said this week. “He was filled with love and zeal for saving souls and was passionately involved in furthering the message of Our Lady of Fatima. Knowing Fr. Andrew, it was clear to me that he lived his life selflessly for others.”

Fr. Apostoli wrote the foreword to Cooper O’Boyle’s book Our Lady of Fatima: 100 Years of Stories, Prayers, and Devotions.

EWTN Chairman and Chief Executive Officer Michael P. Warsaw said in a statement on Wednesday that Fr. Apostoli was a “constant presence on the Network for nearly 25 years.”

“We always looked forward to his many visits to Irondale to produce programs.  He was such a kind and holy man who always brought joy to the EWTN Family and who was a constant witness to the Franciscan spirit,” Warsaw said.

Joe Campo, executive producer of Grassroots Films, whose productions have featured the Friars of the Renewal, said that Fr. Apostoli “always put the spiritual life first.”

“Two weeks before his passing I was with him and he asked me the same question he’d always ask: ‘Joe, did you pray to the Holy Spirit?'” Campo said Wednesday. “He’d remind me to never forget to pray to the Holy Spirit. Among his many contributions, one of his greatest may be to the continued growth of the spiritual life of Catholics and evangelization.”

Fr. Apostoli was also the founder of the Franciscan Sisters of the Renewal, a group of some 35 consecrated women who serve the poor and needy throughout the world.

“The eight original friars all had a hand in the beginnings of the fledgling sisters’ community, but Fr. Andrew Apostoli was clearly given a founding grace to recognize from the beginning that ‘God wanted a women’s branch like the friars,’ as he told Fr. Benedict Groeschel, as the friars were just beginning their own new community in the South Bronx,” the sisters’ community said in a statement. “From the first inspiration for a CFR sisters’ community, to the 30 years of providing Masses and confessions, countless hours of spiritual direction, teaching, and formation, our debt of gratitude to Fr. Andrew is deep and wide.”

“He was a loving father to us in every way and without him, our community would not be.” said Mother Lucille Cutrone, Community Servant (General Superior) of the CFR Sisters.

Fr. Apostoli served the community and the Church as a teacher, spiritual director, novice master and community superior. He was a professor of spiritual theology at St. Joseph Seminary in Yonkers, N.Y., and vice postulator of the cause for canonization of Archbishop Sheen.

In addition, he was the spiritual father of the Blue Army Shrine in Washington, N.J., and a well sought after retreat master.

Details for the wake and funeral will be forthcoming at franciscanfriars.com. 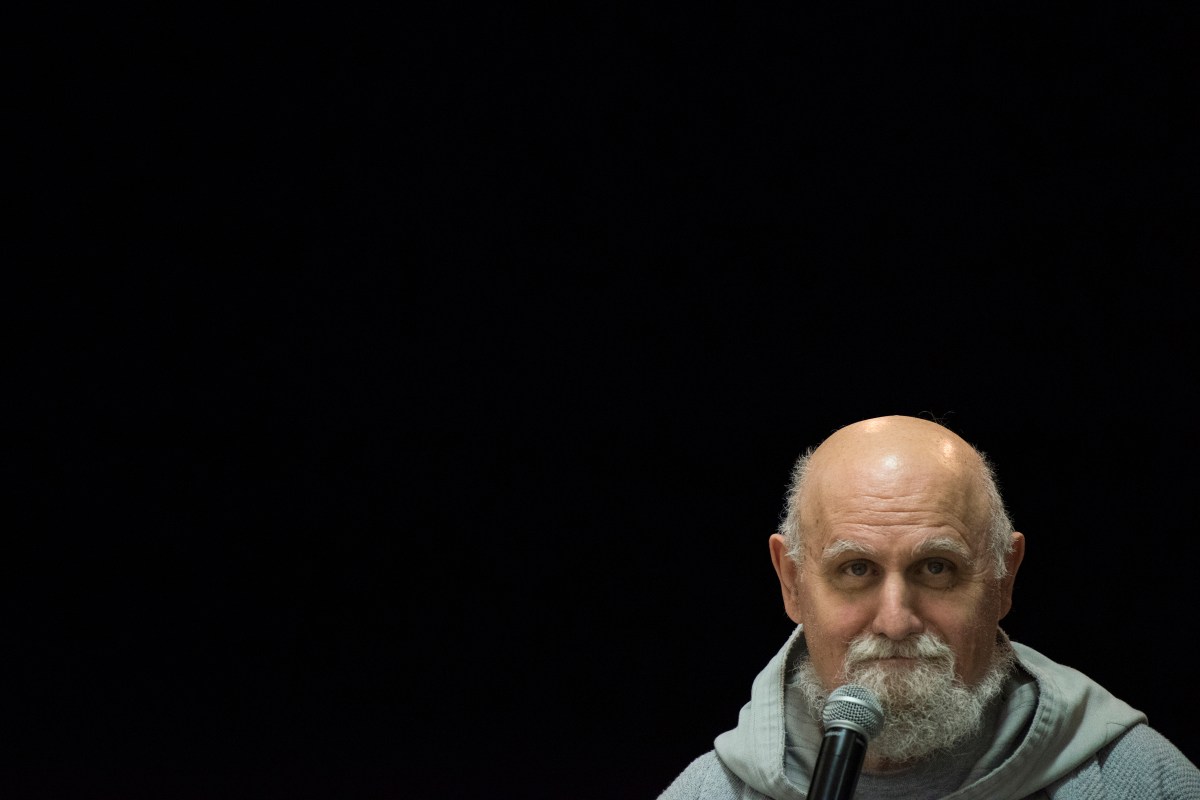