Teens and screens: How to avoid internet addiction 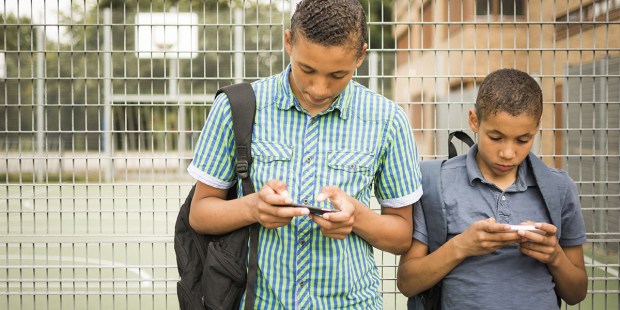 At times, adolescents may seek in technology the security they can’t find in themselves.

Today’s new technologies are excellent, because they improve people’s lives. The problem arises from a harmful use of the internet—a negative use, to which the youngest people are most vulnerable, since they are in the midst of the process of forming their adult personality, and because for today’s adolescents, the virtual world is as real as physically face-to-face relationships.

The World Health Organization (WHO) says that one out of every four people suffers from behavior disorders tied to these new technologies.

Today’s communication technologies offer adolescents the possibility of losing themselves in a fantasy world to flee from the monotony of daily life. This creates a paradox: through social networks and the internet in general, adolescents don’t present themselves as they truly are; rather, they project an artificial image of themselves, which reflects low self-esteem.

The physical and psychological changes that adolescents experience make them more emotionally insecure. Consequently, at times adolescents may seek in technology the security that they can’t find in themselves.

The family environment also influences the habits that a child acquires and which manifest themselves during adolescence. In some cases, an addiction to technology may be caused by a pre-existing problem, which needs to be identified. For example, solitude and a lack of friends could lead a young person to take refuge in technology.

Towards the end of the 1980s and during the 1990s, a phenomenon appeared in Japan which became called “hikikomori.” This refers to the more than two million reported cases of adolescents who closed themselves up in their rooms and—among other things—only interacted through the internet. “Hikikomori” literally means “pulling inward, being confined.” It refers to a form of social isolation characterized by rejection of every initiative the purpose of which is to leave one’s room or residence.

Some symptoms of addiction

Many parents ask themselves if their children are addicted to the internet, and if this could lead to problems of various kinds. Here are the symptoms or warning signs that can help you to identify a possible internet addiction.

Some suggestions for what to do if your adolescent son or daughter is addicted to the internet:

In the area of education, the best remedy is always prevention. It is highly recommendable that you stay close to your children right from the start so you can give them tips about how to use these new technologies properly.