The anatomy of a Christmas creche 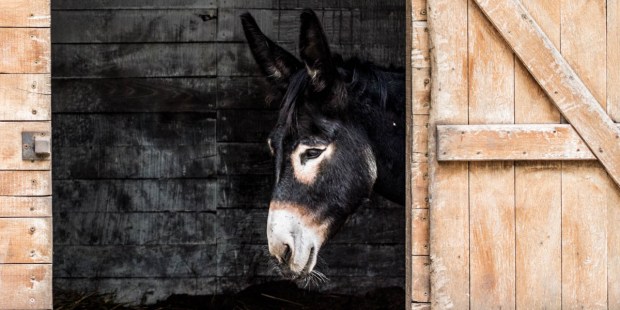 A detailed look at a traditional Nativity scene and the elements within it.

Ever since St. Francis inaugurated the first Nativity scene, various cultures around the world have put their own spin on the popular Christmas tradition. However, spanning throughout these traditions are common elements that represent different parts of the Nativity story.

St. Luke explains how, Mary “gave birth to her first-born son and wrapped him in swaddling cloths, and laid him in a manger, because there was no place for them in the inn” (Luke 2:7). The passage does not mention a “stable” as we know it today as historically animals were kept in a cave. For much of Church history depictions of the birth of Jesus highlighted a cave and so some Nativity scenes keep that tradition. However, Christian artists eventually began placing the birth of Jesus into a modern context and the “stable” was born, becoming a central part of any Nativity scene.

There is no mention of a donkey in the biblical accounts, but an ancient document called the Protoevangelium of James says that Joseph put Mary on a donkey for the long journey. Donkeys were a common means of transportation at that time and because of the mileage involved, would have made the most sense. For this reason the donkey is always there in Nativity scenes, the donkey that bore the mother of God (and God himself in her womb).

In a different extra-biblical document the writer states that an ox was present at the birth of Jesus. This likely was derived from the prophet Isaiah, who wrote, “The ox knows its owner, and the ass its master’s crib; but Israel does not know, my people does not understand” (Isaiah 1:3). In this passage the animals know who the Lord is, but the rest of the world has rebelled against him.

The two main figures of the Nativity scene are typically kneeling in front of the manger where Jesus is laid. They are both in prayer and awe at the mystery that just unfolded before them.

Following the biblical narrative, shepherds are a main feature of any Nativity scene and correspond to this passage from Luke, “the shepherds said to one another, ‘Let us go over to Bethlehem and see this thing that has happened, which the Lord has made known to us.’ And they went with haste, and found Mary and Joseph, and the babe lying in a manger.” (Luke 2:15-16)

The angels, while not explicitly mentioned at the manger scene, are present to the shepherds and proclaim “Gloria in excelsis deo!”

And suddenly there was with the angel a multitude of the heavenly host praising God and saying, “Glory to God in the highest, and on earth peace among men with whom he is pleased!” (Luke 2:13-14)

Matthew describes how magi from the East came to visit Jesus and while the number is not specifically mentioned in the biblical narrative, the number three is based on the number of gifts given, “going into the house they saw the child with Mary his mother, and they fell down and worshiped him. Then, opening their treasures, they offered him gifts, gold and frankincense and myrrh.” (Matthew 2:11).

In various countries other elements are included in the traditional Nativity scene. In Italy a presepio includes an entire village with countless people going about their daily business. The architecture is often medieval and from a different period, but highlights the fact that we too can be present at the birth of Jesus and welcome him into our lives. Elsewhere, in Poland, the szopka features an ornate cathedral based on Gothic architecture. Again, the emphasis reminds us that Jesus’ birth was not just an historical event, but something that continues throughout all ages and in every heart.