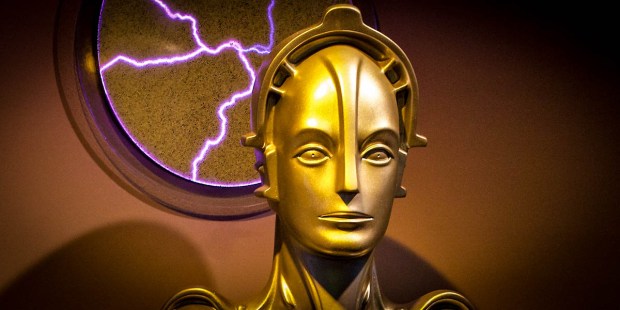 It’s not easy to navigate a biotechnological society without renouncing the “human condition.” Lawyer and city planner Albert Cortina, who has written various investigative works on posthumanism, believes that we are at the “most crucial moment in human history.” He warns: “What’s on the table isn’t what we will do or stop doing, but what we will be from now on.”

In these hyper-modern times, as a reaction to the ideology of transhumanism and its firm intention to construct a posthuman society, a new paradigm is emerging: that of “advanced humanism,” in a context of “collective responsibility.”

Transhumanism (abbreviated as H+) is a movement that aims to transform the human condition by means of science and technology. This term was first used in 1957, but it started to become popular and enter the general vocabulary in the 1980s. This movement doesn’t want only to improve the mind, but also to overcome what it considers “unnecessary” conditions, such as death, suffering, and aging.

Humanity is heading towards a truly revolutionary change regarding what it means to be human. Cortina believes that “we are at the point of taking control of our own evolution as living beings, and this is going to demand a universal ethical commitment.” He sees “advanced humanism” as an option based on Christian humanism. In this light, he emphasizes the need to be attentive to certain issues:

1.     The convergence of emerging technologies

As a response to this convergence, Cortina proposes that we develop a value system that prepares people to live ethically and responsibly in the new biotechnological society of the 21st century.

2.     A revolution of intelligence

We are beginning to get a glimpse of the first signs and effects of this revolution, the 4th Industrial Revolution, in which biotechnologies will create “radical changes” affecting even human nature itself.

The development and convergence of artificial intelligence and emerging technologies (nanotechnology, biotechnology, information technology, cognitive technology, robotics, quantum computing) will have a direct impact on human beings, on the biosphere (the sum of biological life), and the noosphere (the sphere of human thought, or the sum of all consciousness).

We must train ourselves to “act with technological responsibility” in the face of this new stage of human evolution. Soon, we will share the landscape with intelligent habitats and cities, human beings, mutants, cyborgs, and autonomous robots with legally recognized status as electronic persons. And therefore, we must prepare the cultural, educational, psychological, environmental, social, political, economic, ethical, and spiritual foundations to deal with this panorama, which our civilization has never seen before.

In order to understand this “disruptive” change and “urgently” create an alternative, Cortina proposes “advanced humanism,” based on a “universal ethical system that integrates the principles and values of humanity.” Here, Cortina believes that religious and spiritual traditions have something to say, and he hopes it will “increase the hope that we are going to do it well and wisely, all of us together.”

Alberto Cortina, born in Barcelona in 1961, is the director of Estudio DUM, and is a professor and researcher of ethics applied to urbanism at the Polytechnic University of Catalonia and various other universities. He is a consultant on environmental intelligence, biomimetics, and intelligent habitats.

He is working to promote a form of advanced humanism at the service of the human person from the perspective of a world view that integrates science, ethics, and spirituality. He has published ¿Humanos o posthumanos? (“Humans or posthumous?” Fragmenta, 2015) and Singulares (“Unique individuals,” Ediciones Internacionales Universitarias, 2016). His most recent book, Humanism Avanzado, para una sociedad biotecnológica (“Advanced Humanism, for a Biotechnological Society,” Ediciones Teconté 2017), advocates for common sense, and takes a position in favor of human improvement with limits: “Everything is permitted, but not everything is good for us.” He expresses his belief in humanity; he calls himself a “humano-optimist” (playing off the term “techno-optimist”).