I hate it when people say “the Lord will provide” — and then he does. 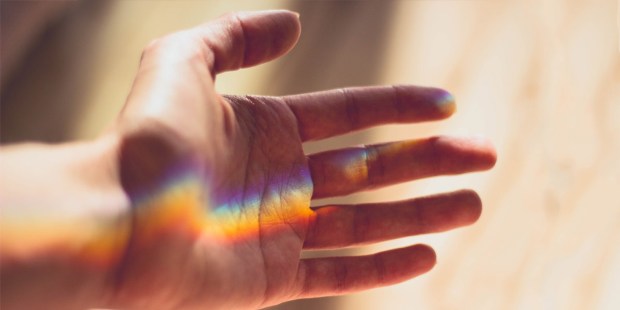 Chronicling the small miracles that show up repeatedly, when faith really is “childlike.”

She said brightly, with a happy laugh, “The Lord will provide.” I hate when people say that. Because when they say it, He usually doesn’t. What they mean is, “I can’t be bothered, so God.”

I wanted to give some books to the Sacred Heart of Jesus bookshop in the Pittsburgh neighborhood of Bloomfield, where parking can’t easily be found. It’s a small independent Catholic used bookseller, run by two nuns, that depends on donations. I called to make sure I could park in the alley behind the store, because I had 35 to 40 bags of books to give them. They were the fruit of years of book-buying, a seminary faculty book allowance, and being on a lot of publishers’ review copy lists.

Sr. Sean said that they didn’t have an alley behind the store, but that I could park on the street. I explained that I was bringing a lot of books that I didn’t want to carry for blocks. That’s when she said, “The Lord will provide,” with that happy laugh that made me mutter to myself.

We drove up to the store to find not one but two empty spaces right in front of the store. This meant we didn’t have to parallel park the minivan we had then, a blessing in itself. And that we had the space to easily unload the books from the back of the minivan, because no one parked behind us the whole time we were there.

When I muttered, I did not know Srs. Sean and Mary. The Lord does provide for them. And through them for others like me and everyone else who comes through the door.

Like a good friend of mine. I told his story in First Things a few years ago. Despite his considerable gifts, he’d suffered a very long period of unemployment. He walked into the shop to deliver some books, expecting to hand them the books and leave. The sisters asked him what he needed prayer for. I can imagine him deflecting their first questions and trying to get back to the door, and they not relenting in their questions, because they felt genuinely concerned for this stranger.

As he wrote me, they sat with him “for a good two hours while they plotted ways to find me employment. Even comments such as ‘What a wonderful gift that you’re not working, you have more time to pray’ that would ordinarily provoke me to inflict bodily harm on the speaker led me to absolute agreement.”

Not, he continued, “because I was trying to be polite but because I was sincerely prompted, in the presence of such tremendous childlike faith, to agreement. It was as if I was realizing my own total idiocy for not thinking about it in those terms. It’s a somewhat disorienting yet wonderful feeling to walk into a place in one mood and walk out of the same place in an entirely different mood without any apparent external change to one’s fortunes or situation.”

He went back, needless to say, and had the same kind of experience I have with the parking spaces. “Turns out,” he reported, “they needed someone to drive them down to the city-county building for an assessment appeal. They had a big box of papers that would have made the bus an awkward proposition. They said they knew the Lord would provide. And so he does. In quite mysterious ways. Perhaps someday I too will be mature enough to have the faith of a child. I’m still rather amazed by it all.”

You rarely see anyone as rude as this woman was to the poor sisters. Dressed like the suburban soccer mom from the book of stereotypes, complete with blond ponytail poking out the back of her baseball cap, she came in looking for a Confirmation present. She curtly put down their every friendly question. They kept asking. To give them some privacy, I walked to the back of the store, separated from the front by a tall bookcase running almost all the way across.

A minute or two later, the woman started crying as she spoke. Crying with the deep gulping sobs that make speaking so hard. She told the sisters about her distant, over-worked, uncaring husband, her troubled, rebellious children, her physical problems, the pressure she felt to be perfect. And her great loneliness, because she couldn’t tell anyone she knew because their lives seemed so perfect in ways hers wasn’t.

Slowly, I’m not sure how, the sisters soothed her. They gave her counsel, prayed for her and promised to pray for her, gave her a rosary and some prayer cards and some other things, urged her to go to Mass every day. She thanked them and said she would. The woman sounded happy as she left the store.

The Lord does provide. He provides people like Srs. Sean and Mary. And parking spaces when they require them.