The custom of sleeping twice per night was once common 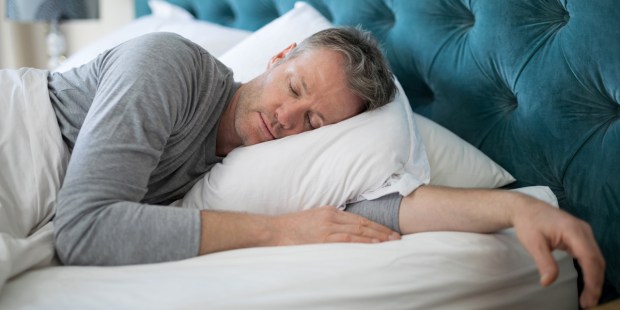 Polyphasic sleeping spreads your Zzzs over a 12-hour span.

It’s always nice to get a full night’s sleep, but that concept has changed a lot over the years. While today we consider eight solid hours of rest to be a healthy amount of sleep, if not a feat to be marveled at, prior to the 1800s it was not uncommon for people to sleep during two periods, spread over a 12-hour span.

The practice was brought to light in the 1990s by Roger Ekirch, professor of History at Virginia Tech. Ekirch found references to sleeping twice in historical documents, literature, court documents, and personal papers. The tone in which it is mentioned suggests that two-piece sleeping was considered a common custom.

Beginning with a period of 3 to 4 hours of sleep, people would wake for 2 or 3 hours and finally go back to sleep until morning. The time awake during the wee small hours was spent reading or writing by candle light, procreating, smoking, talking, and some of the more social people would even visit friends. Praying was another popular way to spend the time; in fact, some prayer books even had special prayers for the hours between first and second sleep, which was a natural part of monastic practice at the time.

Slumberwise.com offers explanation as to why this practice died out:

As we know, this practice eventually died out. Ekirch attributes the change to the advent of street lighting and eventually electric indoor light, as well as the popularity of coffee houses. Author Craig Koslofsky offers a further theory in his book Evening’s Empire. With the rise of more street lighting, night stopped being the domain of criminals and sub-classes and became a time for work or socializing. Two sleeps were eventually considered a wasteful way to spend these hours.

This is similar to the unique polyphasic method of sleep scheduling practiced by Leonard da Vinci, who slept for 15 minutes every four hours. Da Vinci was convinced that he was wasting a third of his life through sleep and this system allowed him to only rest for an hour and a half per day, leaving him with ample time to create his masterpieces.

While there is no indication that polyphasic sleep is better than sleeping for eight hours all together, the suggestion is that the invention of artificial light has effected our previous sleeping habits.  In the early 90s psychiatrist Thomas Wehr, of National Institutes of Mental Health, conducted a study on photoperiodicity (exposure to light), and its effect on sleep patterns. The study restricted the hours of daylight exposure for 15 men, to simulate the winter months. After four weeks the men were all sleeping twice per night.