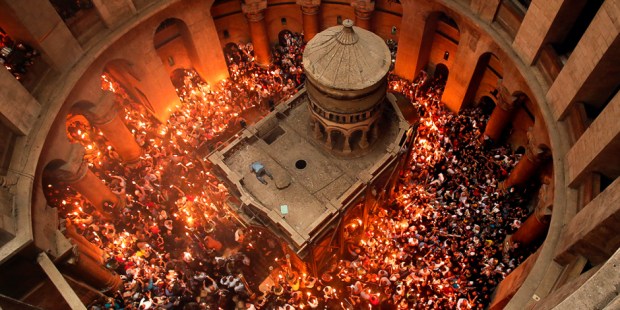 This year was a big one for unearthing secrets from the past.

In 2017 archaeologists made a number of exciting discoveries that helped advance our understanding of how people lived in the past. These intriguing finds serve to flesh out what we already know about ancient cultures and provide concrete evidence of the activities of peoples whose lives have been obscured by the passage of time.

1. The lost home of Jesus’ apostles

Archaeologists discovered the site of the ancient fishing village of Bethsaida, home to the apostles Peter, Andrew and Philip. The excavation site is located on the northern shore of the Sea of Galilee

2. The oldest depiction of the Virgin Mary

In a 3rd-century church in Syria, a fresco was determined to be the oldest depiction of the Mary ever found. It has always been considered a depiction of the Samaritan woman who speaks with Jesus beside Jacob’s well (John 4:1–42).

3. The age of the Church of the Holy Sepulchre

New scientific evidence dates Jerusalem’s Church of the Holy Sephulchre to the time of Roman emperor Constantine. History tells us that first Christian leader built a temple over Jesus’ burial site. The find is significant because until now the earliest architectural evidence found in and around the tomb dated only to the Crusader period.

4. The tomb of Saint Nicholas

The burial site of Saint Nicholas, a.k.a. Santa Claus, is believed to have been discovered in Southern Turkey. The saint’s remains were thought to have been smuggled to the Italian city of Bari by merchants in the year 1087. Because of the discovery of this tomb, Turkish experts now believe that the wrong bones were taken to Italy, and that St. Nicholas’s remains are in Turkey.

Archaeologists in Iraq discovered the once-lost city of Qalatga Darband, once a great trading post during the time of Alexander the Great. Pictures taken by the drones were processed to exaggerate color contrast. This process helped discover the outlines of a large rectangular building hidden beneath fields of wheat and barley. “Where there are walls underground the wheat and barley don’t grow so well, so there are color differences in the crop growth,” explained John McGinnis, director of the Iraqi Emergency Heritage Program.