Christianity: A Faithful Representation of Life, according to C.S. Lewis 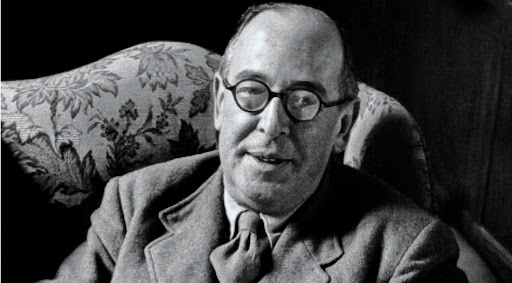 C.S. Lewis’ Mere Christianity can be considered a classic in Christian apologetics, on equal footing as Butler’s Analogy of Religion and Berkeley’s Alciphron. It could be argued that Lewis’ testimony is even more compelling than that offered by these classic thinkers, in the sense that, coming from an atheist background, he conveys a new tone to his apologetic. He knows the doubts, uncertainties, and difficulties the unbeliever finds in religion and because of it he can carve out a more suitable demonstration of the reasonableness of Christianity. He addresses all the major issues felt by the unbeliever: where does the idea of God come from, what is exactly the Christian doctrine, and, specially, what is the ultimate foundation of Christian hope.

In this text, Lewis describes and patiently exposes why the Christian view of God is better and why it is reasonable to believe Christ is his Son and, in doing so, he gives great reasons to bring an outsider into the Christian fold. But besides all of these reasons and arguments, there is another one that underlies the whole book, an argument that seems to have closed the deal for Lewis when he was he was going through his own conversion process. Lewis recommends Christianity to his readers because it has the taste of real life or, to speak in the idiom of another art, because it is a faithful representation of life:

“…Atheism turns out to be too simple. If the whole universe has no meaning, we should never have found out that it has no meaning: just as, if there were no light in the universe and therefore no creatures with eyes, we should never know it was dark. Dark would be without meaning. Very well then, atheism is too simple. And I will tell you another view that is also too simple. It is the view I call Christianity-and-water, the view which simply says there is a good God in Heaven and everything is all right—leaving out all the difficult and terrible doctrines about sin and hell and the devil, and the redemption. Both these are boys’ philosophies. It is no good asking for a simple religion. After all, real things are not simple… Besides being complicated, reality, in my experience, is usually odd. It is not neat, not obvious, not what you expect… Reality, in fact, is usually something you could not have guessed. That is one of the reasons I believe Christianity. It is a religion you could not have guessed. If it offered us just the kind of universe we had always expected, I should feel we were making it up. But, in fact, it is not the sort of thing anyone would have made up. It has just that queer twist about it that real things have. So let us leave behind all these boys’ philosophies—these oversimple answers. The problem is not simple and the answer is not going to be simpler either.” (Mere Christianity, Ch. II)

Christianity is a faithful representation of life as it is experienced by any sufficiently conscious, intellectually curious, and mature adult. And this, as Lewis constantly points out in his book, is not a minor virtue. It is because of this that so many intelligent and philosophically curious individuals throughout history have explored its depths and bathed in its waters. Christianity is complex and untidy and, as Gómez once said, “…we cannot take refuge in the seed, but only by the side of the crooked trunk and under the untidy branches on an Oak tree.” (Escolios a un texto implícito, § 1462)