Did St. Thomas the Apostle baptize the Three Wise Men? 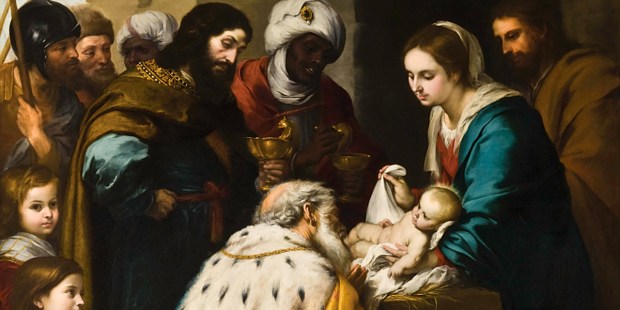 The magi were forever changed after visiting the Christ Child.

The Gospels don’t tell us much about the magi who came to visit the baby Jesus. They are simply labeled “wise men” from the East who brought three gifts with them for the newborn king. In fact, the Gospels don’t even state how many wise men approached the manger scene.

However, through various traditions the Church usually highlights three members of the magi group. They are named, Melchior, Caspar and Balthazar.

After visiting the Christ Child St. Matthew tells us that the three wise men, “being warned in a dream not to return to Herod, they departed to their own country by another way” (Matthew 2:12).

One tradition dating to the middle ages claims that after leaving Bethlehem, they traveled to India and built a chapel on the Hill of Vaus. Each year they returned to this chapel and prayed to God that they would be baptized before they died.

As the years passed they heard of a disciple of Jesus preaching in India. It was St. Thomas the Apostle and they went in haste to find him. After relating to St. Thomas the story of their visit to the baby Jesus, Thomas related to them the Gospel message.

The apostle then baptized the three wise men and later ordained them priests and bishops. They lived together in a city called Suwella and later died before Christmas one year.

Outside of these traditions from the middle ages, a mention of their baptism by the hand of St. Thomas is seen in the private revelations of Blessed Anne Catherine Emmerich.

Whether or not this actually happened is pure speculation, but one thing is certain. After visiting the newborn king the magi were changed men. Instead of following the command of King Herod, they followed the advice from their dream and went home, sparing the life of the King of Kings and Lord of Lords.