The Hindu who helped prepare for Christmas, and other signs of peace 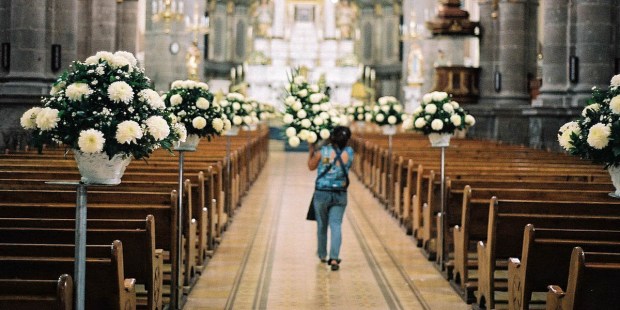 Our world may be riven by dissensions, but amid the rage and sorrow, there are signs that God’s kingdom is at hand.

The birth of the Prince of Peace into this world was sadly not a wholly peaceful occasion – quite the opposite. King Herod ordered the massacre of the innocents, and the Holy Family fled into Egypt.

Christmas has not been altogether a peaceful time since the time of Christ’s birth, either. The Mass of Christ was suppressed during the 18th-century French Revolution, by 17th-century Puritans in Boston, and 16th-century Protestants in Tudor England.

The Octave of Christmas is filled with feasts of martyrs who died violent deaths for their fidelity to Christ (or almost died, in the case of St. John the Apostle, a martyr in will but not in deed), and even those too young to know why they were dying: the Holy Innocents, protomartyrs in deed but not in will.

Today, unrest continues in our fallen world. In central India, a group of 30 seminarians and priests were arrested for caroling on December 14, charged with “conversion activity.” The eight priests who went to their aid were beaten up by 100 Hindu activists, and their car was torched.

In Egypt, where my brother resides, a crowd of Muslims stormed a Coptic church, demanding its demolition.

Then there was the topless radical feminist who tried to kidnap baby Jesus from the Vatican Nativity scene on Christmas Day.

However, despite all this distressing news, I take comfort in small yet powerful signs of grace.

The day before Christmas Eve, a young Hindu lady came to the 92-year-old Villa Maria chapel in Brisbane, and spent over two hours helping to arrange dusty artificial flowers into beautiful arrangements for Christmas Day. She had never been to a church in Brisbane, but she traveled across the city to help Catholics she had never met, all because she had become acquainted with our parish priest at a restaurant where she worked.

She joined us for Mass on Christmas morning, and enjoyed the raucous lunch which followed, a mishmash of Sicilian spaghetti, Filipino seafood dishes and Cantonese-style chicken feet donated by some unknown well-wisher.

A Muslim friend of mine joined a Catholic friend at Latin midnight Mass.

In Mosul, Iraq, Muslims joined Christians to celebrate Christmas for the first time after four years of occupation by ISIS. Muslims have also rebuilt a desecrated church and a monastery.

In Nazareth, Jews, Muslims and Christians came together to celebrate Christmas too.

Our world may be riven by dissensions, but amid the rage and sorrow, there are signs that God’s kingdom is at hand. If we cultivate these glowing embers of brotherly love, there may indeed be peace on earth to all people of good will, a heavenly peace which abides through times of turmoil.

So, be like my parish priest and my friend – take the chance to invite a non-Christian to celebrate this Christmastide with you. You may be surprised at the response!