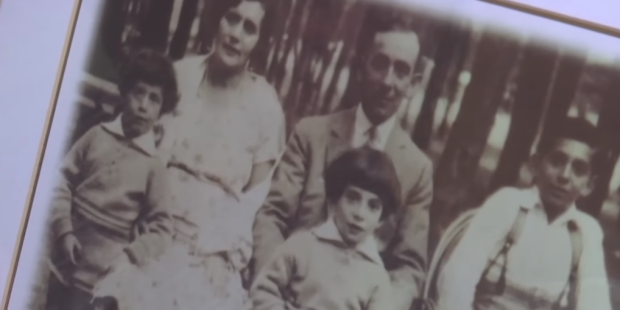 He thought that his whole family had died in WWII, but someone else had escaped …

Sixty-six-year-old Alexandre Pietruszka knew of his maternal relatives, but he became curious about his Polish heritage. Through searching Polish archives and with the help of Eliahu’s grandson, the two eventually found each other. Eliahu’s brother Vovik passed away in 2011, but Eliahu says, “It really made me very happy that there’s at least one other remnant from my brother, and that is his son.”

You can see more of their encounter below.