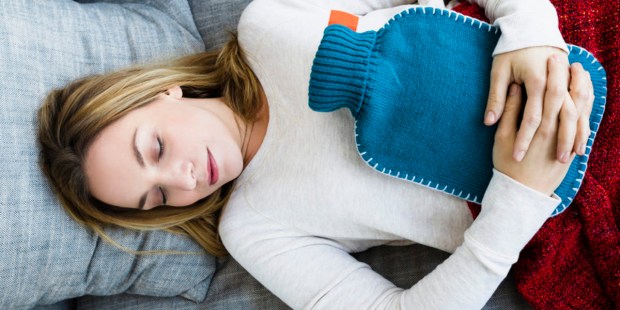 With countless “remedies” available, we found the ones that science shows actually work.

I really, really hate being sick. I hate when my kids are sick, I hate when my husband is sick, and I especially hate when I’m sick. As soon as someone in my home comes down with something, I start praying for my immune system and disinfecting doorknobs like there’s no tomorrow. As a mom and former teacher, I’m willing to try just about anything to ensure I won’t catch whatever bug is going around, and to shorten the illnesses of my asthmatic children. From essential oils to elderberries, I’ve dabbled in it all.

As a proponent of “natural medicine,” but also as a strong supporter of modern medicine, I’ve often felt like I was grasping at straws while drinking odd potions and dispersing scented sprays around my home, all in the hopes of not getting the sniffles (or worse).

As it turns out, there are a handful of scientifically proven alternative remedies that may shorten or reduce the severity of the dreaded common cold, or help you fight off the virus in the first place (since there’s no actual cure for it). And while there’s usually no harm in trying “immune-boosting” supplements from the local health-food store (always best if you check with your doctor first, of course), these seven remedies have the studies and the science behind them:

Yes, those little lozenges full of this specific vitamin may indeed be helpful in shortening stuffy noses, as long as you start taking them within 24 hours of the onset of the cold symptoms. Zinc doesn’t necessarily reduce the severity of a cold, but a shorter cold is a definite comfort when you’re feeling under the weather. As for helping your kids get over a cold faster, there haven’t been enough conclusive studies to prove that zinc is helpful. For this remedy, it’s best to stick to giving it to the grown-ups.

Your local natural grocery store most likely has an entire cooler devoted to a multitude of probiotics for sale. But are these pricey pills chock-full of “good” bacteria worth the money? Studies say that yes, probiotics do contribute to immune function, and regular dosing can indeed reduce the number of colds and the length of the illnesses caught. It’s worth noting that of the many studies performed, the effects of probiotics were positive yet marginal, but since probiotics are considered safe and low-risk, there’s no harm in trying them! There are many safe probiotics available for children, and you can always eat lots of probiotic-rich foods such as yogurt, kombucha, and sauerkraut.

There’s a reason that a hot cup of tea with a splash of lemon and a dollop of honey sounds so good when you’re sick; the lemon has an extra pump of vitamin C and the honey has some antiviral properties that may inhibit viral activity in colds. Honey has also been shown to be an excellent cough suppressant and sleep aid during a cold—especially in children who may be too young for over-the-counter cough medications (though honey should never be given to infants under age one). It’s safe and tasty, so next time you or your little ones get a cold, stock up on some honey to help get you through!

Like honey, using saline nasal irrigation is completely safe and low-risk (just make sure to use distilled water instead of tap water). This is a great remedy for pregnant women, children, and others who may be prevented from taking traditional cold remedies. While using nasal irrigation (such as a Neti-Pot) may not actually prevent colds, it has been shown to decrease and relieve symptoms during a cold, as well as get people back to work sooner and decrease antibiotic use. While using a Neti-Pot may be a bit awkward at first, it’s worth the initial discomfort to get some relief from pesky symptoms, especially if it does help you get better, faster!

Most of us know we could slow down a bit and take time to be in the moment (or even add more prayer to our lives). As it turns out, taking time for our souls can actually benefit our bodies! In a 2012 study funded by the National Center for Complementary and Integrative Health, a group of adults were assigned to three groups: one that implemented training in mindfulness meditation, another that implemented an exercise training regimen, and a control group that didn’t receive either. Those in the group practicing meditation had fewer colds and illnesses, shorter and less severe infections and missed fewer days of work than those in the other two groups. The exercise group had a slight edge over the control group, but the meditation group had the most significant change. Though this is the first study of its kind regarding meditation and colds and flu, it’s definitely worth trying. What is there to lose?

Along the same lines as the hot tea with honey, chicken soup usually sounds like the perfect dinner to someone who’s feeling under the weather. New research suggests why: it may contain of number of substances with beneficial medicinal activity. A mild anti-inflammatory effect may be one way that soup helps with symptoms of colds and other respiratory infections. The hot broth in the soup has also been found to clear out sinuses even better than drinking or sipping hot water. Turns out mom was right, chicken soup really is (some of!) the best medicine when you’re feeling sick.

One more truth from mom here: rest really, truly does help with recovery from the common cold. Trying to power through it and head to work or your regular activities is not going to do you any favors. So, during this upcoming cold and flu season, try some of these alternative remedies, and give yourself a break. Curl up on the couch with your hot tea, soup and a good book, and give yourself permission to rest up until you feel better!

Read more:
How to introduce healthy bacteria to your diet — without necessarily eating it