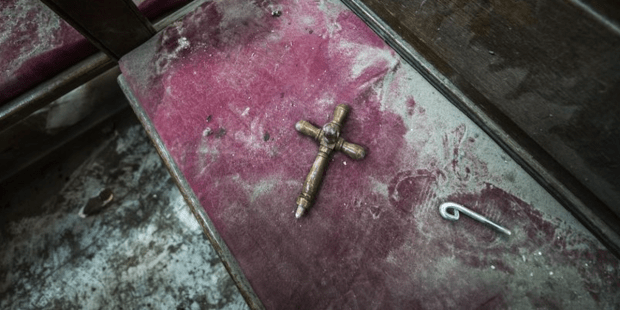 8) Copts: Fidelity to Christ to the point of heroism

While the world prepared to celebrate the new year, this December 30, 2017, nine people were cruelly killed in an attack against the Christian minority in Egypt, perpetrated by an armed Jihadi in a church south of Cairo, for which ISIS claimed responsibility.

It was the last of a series of attacks committed by Jihadis which, in 2017 alone, left more than one hundred dead. It’s a very high price being paid by Coptic Christians, a community making up 10 percent of the nearly 100 million inhabitants of Egypt, the largest minority in a majority Muslim country.

Copts are the largest Christian community in the Middle East, and one of the oldest as well; according to tradition, this Church was founded in the year 50, when Mark the Evangelist—whom the Copts consider the first patriarch of Alexandria—visited Egypt.

His successor, Theodoros II, Pope of the Coptic Orthodox Church and Patriarch of Alexandria, said in a message conveying his condolences to the victims, that their community “remains strong, and able to defeat the dark forces” with the force of their fidelity to Christ.

Since December of 2016, the Egyptian branch of the Islamic State has killed dozens of Christians in attacks using bombs and firearms in churches throughout the country.

The Islamic State claimed responsibility for a suicide attack against the Coptic church of Sts. Peter and Paul in Cairo on December 11, 2016, causing 29 deaths.

In April of 2017, 45 people died in two suicide attacks—also claimed by the Islamic State—in Alexandria, the second largest city in the country, and in Tanta, in the north.

In May, an armed member of that terrorist group killed 28 Christians in southern Cairo as they traveled to a monastery.

Terrorist Jihadism’s obsession with persecuting Coptic Egyptians is part of the movement’s religious intolerance. Furthermore, Copts are a vulnerable target, both because they are a minority in a majority Muslim society, and because they live in something of a state of social marginalization.

All of these attacks that took place in the past year met with a certain degree of indifference in the international community and media. We can just imagine how the international community would react if such a series of serious attacks were to take place in any European country; It seems as if there are first and second class human lives, depending on whether or not they live in the West.

Only Pope Francis seems concerned about what is happening to Coptic Christians. During his trip to Egypt, April 28-29, he sought to call the world’s attention to their persecution, honoring the Coptic Church for its fidelity to Christ over the past two millennia, despite the constant persecutions it has faced.