In Peru, politics has lost all credibility but the Church is still a revered institution 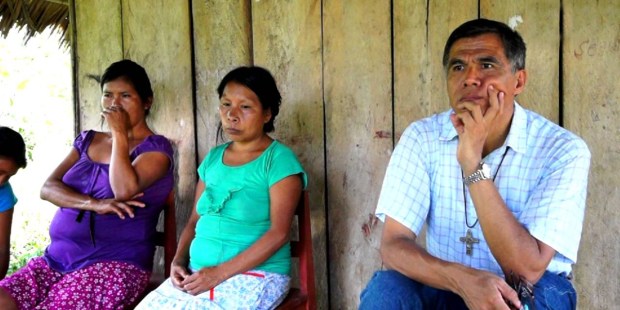 In this environment, says one of the nation’s bishops, Pope Francis must come to bring an invitation to dignity.

In Peru, politics has lost all credibility but the Church is still a revered institution, according to Bishop Gilberto Vizcarra Mori, apostolic vicar of Jaén en Peru, in the high Amazonian jungle of northern Peru. This is the situation Pope Francis will find when he visits Peru this week.

I.Media spoke with Bishop Vizcarra about the situation of the country and the Church here.

What is the situation of the Church in Peru?

Bishop Vizcarra: Overall, there is a deep religious sensibility in the Peruvian conscience: The whole of reality is inhabited by a good and farsighted God, who worries about the needy and exercises justice. Identification with the Church is eroding: not in the number of baptisms, which is not decreasing, but in relation to the other sacraments. For example, the number of marriages has diminished considerably, just like the number of those participating in the Sunday Eucharist. The number of priests is insufficient, notably in the remote territories. This situation is worsened by the reduction in vocations in both religious life and the priesthood.

However, we haven’t been faced as much with the phenomenon of secularization. Most Peruvians remain religious, with a certain persistence of precolonial ancestral beliefs, alongside Christianity introduced by the Spanish missionaries. That said, these practices of popular religiosity have also been subjected to modern influence. The commercial mindset has invaded them, and they’re becoming more like folkloric activities.

What is the perception of the Church in Peruvian society?

Bishop Vizcarra: The Church continues to be one of the most credible institutions, thanks to its presence among the people, accompanying them in their difficulties, and in their vulnerability. The Church’s presence in education, particularly, continues to be appreciated, as well as in numerous development projects. Even though we also have been concerned by certain scandals, they have not affected any gratitude toward the Church. However, Peru’s economic progress during the last few centuries, globalization, and mass consumerism, have weakened community spirit and solidarity.

What are the challenges for the Church in Peru?

Bishop Vizcarra: Laypeople have a more significant role to play, as much in evangelization as in areas of economic, social and cultural life: education, development, health, and others. It is also urgent to accompany marriages and families, as this is the ideal space for human growth, at the heart of a society affected by consumerism and individualism.

[Consumerism and individualism] are already present, even in the most remote parts of our country. The youth are training to face the competition of the working world, and achieve a much-desired material improvement. But in doing so, they are neglecting the values which make us human. Moreover, the worries concerning the environment and the defense of the indigenous peoples, the victims of this system, are equally a priority in this country where a third of our territory is Amazonian.

What message are you awaiting from Pope Francis?

Bishop Vizcarra: The country needs to hear a clear message on the necessary paradigm shift. The Holy Father has chosen two locations affected by climate change: the north coast of Peru, severely affected by El Niño, particularly aggressive this year, and Puerto Maldonado, where they have cleared more than 30,000 hectares of forest.

The exploitation of gold has contaminated rivers and the land with mercury. This activity has brought as well the development of human trafficking for prostitution. And all this functions with a corruption that has invaded every level of society, including those in authority. Life in general is menaced, in this system whose sole aim is speedy and low-cost economic growth. In a country where the political class has lost all credibility, we need a strong voice that invites us to restore dignity to politics, the highest expression of charity.