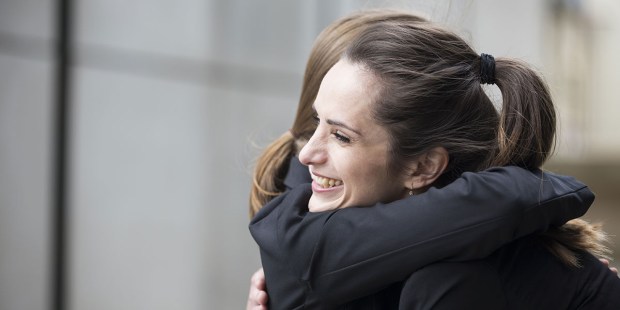 Researchers are learning that the process of forgiving someone greatly improves our health.

The benefits of forgiveness, now validated by the scientific world, include the reduction of chronic pain, cardiovascular diseases, violent behavior, depression, anxiety — and more hope. People who do not forgive suffer elevated blood pressure levels and often cardiac trouble, as well as other health problems.

Forgiveness is a process (or the result of a process) that involves a change in one’s emotions and attitudes toward an aggressor. It leads us to no longer want to strike back or distance ourselves from the offender in spite of his actions, and it requires us to let go of negative emotions toward him.

Forgiveness should not be confused with excusing, condoning, absolving, or forgetting:

Forgiving brings major benefits to the victims of an offense:

Four key aspects to improve your willingness to forgive and to learn to heal the wounds of the past:

Being able to forgive is a gift to ourselves. It not only benefits the person being forgiven, but also the one who forgives.

When we don’t forgive, we (the victim) remain chained to the person who hurt us, and as long as we withhold that forgiveness, we will not be able to get out from under the power that the aggressor still has over us.

When we are not able to forgive, we cause a flow of negative emotions that hinder us from undertaking more positive, constructive plans.

Forgiveness is a decision to let the pain go. It doesn’t mean letting the person continue hurting us. For reconciliation to happen, the aggressor would need to ask pardon and firmly promise never to hurt the victim again. Forgiveness, by contrast, doesn’t require the guilty person’s repentance at all.

We can forgive the dead, but we can’t reconcile with them. We can forgive someone who hurt us and abused us, but we don’t have to let them into our life to do it all over again. Of course, forgiving our trespassers while they are still alive is a sign of great human maturity and is always a gift that we give to others and to ourselves. Let’s not forget that everyone has the right to a second chance.