The one secret of successful people 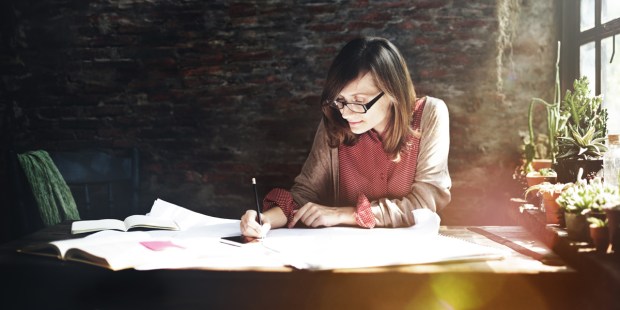 All self-limiting behaviors can be boiled down to one thing.

When I was in college I wanted to be a poet. I loved poetry — I read it voraciously, wrote it prolifically, and would have eaten it for breakfast if iambic pentameter were digestible. Like a good student of New Criticism, I spent four solid years reading the poetry of the masters before I took an actual class on writing poetry. It was a long four years, and I dove into the class with abandon, staying up late to write sestinas and getting up early to craft blank verse.

My professor was impressed. I’ll be honest and tell you that he was very impressed, and convinced that I would go far in my career as a poet. So was I. In my head, I was three-quarters of the way to Poet Laureate. But I dutifully followed my professor’s somewhat mundane encouragement to apply for an MFA program and begin submitting pieces for publication. Once.

Yep, I applied to one MFA program and submitted one poem for publication. I was turned down for both and then I stopped writing poetry. At the time, I became paradoxically convinced that I was a failure and that I would just have to wait until success happened to me, and the cognitive dissonance paralyzed me.

Or maybe it wasn’t the cognitive dissonance. I might have been engaging in what Kathy Caprino, a therapist and internationally recognized personal success coach, defines as one of the eight worst self-limiting behaviors: mistaking fantastical wishful thinking for action.

Successful professionals pursue outcomes that flow organically from their current actions. Unsuccessful individuals attach to fantasies that may relieve them momentarily of their situational pain but have no basis in reality … It’s critical to take brave, committed action toward your visions, in order to create success.

Successful people develop huge goals, too, but they crush them down into smaller, digestible (but courageous) action steps that they then build on, which leads naturally to the end goal they’re pursuing.

Certainly, being a stay-at-home mom of small children made pursuing my MFA difficult, but it didn’t make it impossible. Nor was continuing to write and submit poems outside my capability — in fact, writing is pretty conducive to stay-at-home-momming (ask me how I know!).

It wasn’t practical reality that got in the way of my poetic dreams, it was the failsafe switch in my head that convinced me to stop trying before I really, really failed. I sold myself short, and in another self-limiting behavior, I chalked up my inaction to circumstances beyond my control. The kids, the economy, the circumstances … anything and everything except the real reason I stopped writing poetry: because I stopped writing poetry.

That second one is called “below-the-line” thinking, and it refers to the way many of us tend to view our lives as beyond our control. Life is something that happens to us, not something that we actively shape. This is a comforting way of thinking, because it absolves us of responsibility for failures and hard times. But it’s ultimately a form of self-sabotage, because it robs us of our autonomy and freedom to navigate our own lives.

I think the two of these self-limiting behaviors combine in especially pernicious ways. For me, the dual comfort of clinging to wishful thinking and blaming everyone and everything else for its failure to become reality kept me stuck in a cycle of self-loathing and ennui for a solid decade. It wasn’t until I found a new dream and began to put the effort into making it a reality that I felt awake, energized, and excited about life again.

But it wasn’t just about taking action — it was about learning to fail. I didn’t know how to fail in college, or for years after. I took failure to be a blanket statement about my potential and worth as a person instead of seeing it for what it was — an inevitable part of life, the inescapable return for an investment that everyone must learn to accept and move on from.

I’m not discounting the idea of self-limiting behaviors, but I think that learning to fail is the one crucial distinction between people who are successful and people who aren’t. All the fantasies and below-the-line thinking are really just a way to cushion the blow of failure, to push it away instead of accepting it. But we have to accept failure, because until we’ve learned to fail we will have no way of measuring our success.

Read more:
Failure is the condiment that gives success its flavor.