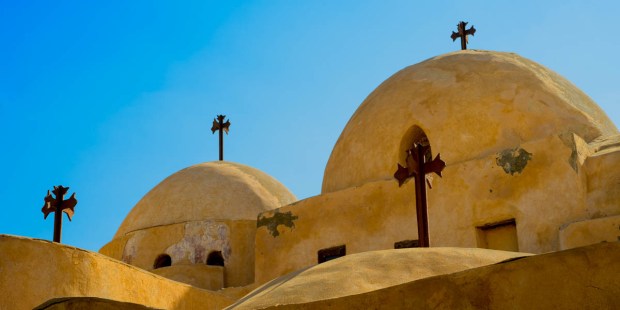 Biblical scholars hope the scans will shed some light on the creation of this rare codex.

Since it was acquired by the Morgan Library and Museum in New York, in 1962, the ancient codex known as M.910 has tantalized the imaginations of biblical scholars. Unfortunately, the codex was in such frail condition that no one would risk damaging it in the process of examination.

M.910 is believed to have been written by Coptic monks in Egypt as early as the 4th century, and is thought to contain an early version of the Acts of the Apostles. Paul Dilley, an assistant professor of Ancient Mediterranean Religions at the University of Iowa, explained to Newsweek that in decades passed the first few pages were opened, and even after getting a glimpse at the contents, it is still a mystery:

“We can’t be sure [what’s in it], but every bit of evidence is precious, especially from a book this old—there aren’t many witnesses of the Bible from this period,” Dilley told Newsweek. “Every one of these ancient biblical manuscripts is a little bit different, so there are bound to be some interesting textual variants. It’s not out of the question that there’s another writing in the codex that we can’t see.”

In December of 2017 M.910 was put through the process of x-ray imagining. These images will be processed in attempt to identify the words on each page without risking the artifact. Dilley theorizes, based on the number of pages and letters per page, that the book only contains The Acts of the Apostles, but it is possible that there may be more.

The biggest hurdle Dilley’s team faces is that the pages are double sided. Single sided pages tend to reveal better through x-ray imaging, since they will not always be able to determine if the ancient ink belongs to one side or the other. Another hurdle they need to face is the condition of the source. Dilley explains:

“It’s actually desiccated,” Dilley said. “Heat damage has caused it to shrink a little, but also the pages have … kind of warped together. It seems like an ember or something fell on it and burned it.”

The team is working from the back to the front in hope that there may be scribal notes on the later pages, which may give us more insight into the creation of this codex, such as who commissioned it, where it was created, and excerpts from different texts. While the process is long and delicate, Dilley is confident that in time the work will reveal itself:

“Whether we’ll be able to perfectly read the entire codex is doubtful, but a lot of the value will be in establishing this procedure [itself] and determining just how one goes about doing this,” Dilley said. “And reading and publishing some of it hopefully.”