The City Council of Caracas acknowledges Aleteia as a media outlet committed to supporting the solidarity-oriented projects of the Church in Venezuela, "which is to say, it's like the voice and eyes of Pope Francis."

“For us, the Honorable City Council of Caracas (Venezuela), it is an honor to award the Good Citizen Award to the Aleteia website, an outlet of general and religious information, which has become more and more present in our Caraquenian society, providing information about various aspects of spiritual life as well as about initiatives undertaken by the Church—such as the case of the ‘sharing pots’—to motivate our citizens and counteract the difficult situation which we Venezuelans are facing right now.”

With these words, Alderman Fernando Albán, in charge of the “Office of Worship and Fomenting a Good Life” for the City Council of the Libertador Bolivarian Municipality (Caracas), explained the reasons why Aleteia was considered worthy of the award in 2018, which was presented on January 31, in the auditorium of the College of Engineers of Venezuela, in Caracas.

“Aleteia has shown itself to be a means of communication committed to the defense of human rights, to denouncing abuses from the perspective of the Gospel, and to the solidarity initiatives that the Catholic Church habitually carries out in Venezuela, which is to say, it is like the voice and ears of Pope Francis,” the councllor said.

The award for Aleteia was received by journalists Macky Arenas, Carlos Zapata, and Ramón Antonio Pérez, who work with Aleteia in Venezuela. During the award ceremony, which took place in the context of Alderman Albán’s annual report, awards were also given to other journalists and educators committed to the education of the population in their respective areas of work.

Similarly, special awards were given to Caritas of the Archdiocese of Caracas and to The Epiphany of the Lord university parish, respectively under the direction of permanent deacon Virgilio Cartagena (director) and Jesuit priest Fr. Javier Fuenmayor (pastor). Both members of the clergy work indefatigably with the Solidarity Pots program, which Caritas Venezuela has been promoting since 2017 “to mitigate the hunger of the most needy” in that South American country.

An award with a long tradition

The Good Citizen award is inspired in the words of Simón Bolívar on October 10, 1810: “I prefer the title of Good Citizen to that of Liberator.”

Fernando Albán emphasized that a good citizen should “extend his hand to a friend, help his neighbor according to Jesus’ command of love, make the city a friendlier place, not pollute the environment, ‘take care of our common home,’ as Francis asks us, promote a culture of life, and respect the norms of civic coexistence.”

The award was created in 1985, but later fell into disuse. However, it has been awarded annually once again for the past four years, recognizing the work of individuals and institutions. “This time, journalists and media have been included, as an incentive for them to continue working to encourage a more livable city and country,” Albán said.

The unity of Christians

Fernando Albán works in favor of the unity of Christians, from his office within the Libertador Bolivarian Municipality. In fact, on the occasion of the recent Week of Prayer for Christian Unity, he highlighted the importance of unity for the followers of Jesus.

“Today, the issue of the unity of Christians is a point where we believers should work together. That’s also something we took into account when awarding this prize to Aleteia. You have highlighted Pope Francis’ invitations, working to make this desire a reality very soon.”

Lastly, Albán expressed his desire that Aleteia “continue carrying out this beautiful task, since it has become a window through which to inform the world about the harsh situation that we Venezuelans are suffering, but also, with its articles that provide orientation on various topics, it motivates many people to reflect on all aspects of their lives, not just those related to the area of religion.” 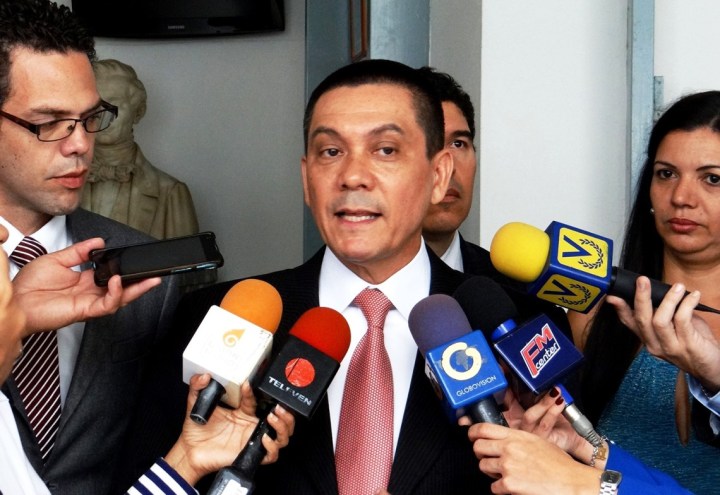 This article was published in Aleteia’s Spanish edition.