4 Lenten traditions from your Polish grandma 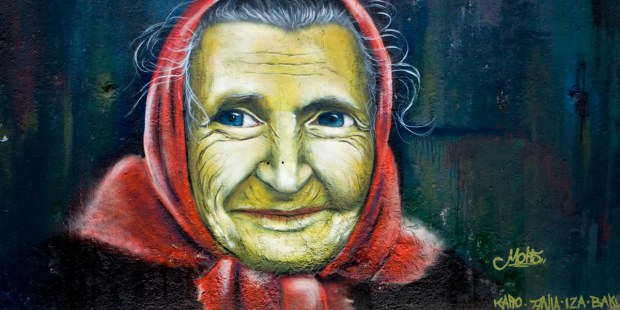 These customs prepared the home (and heart) for the celebration of Christ’s Paschal mystery.

Lent is a beautiful season of spiritual renewal and over the centuries cultures from around the world developed traditions to help the laity embrace its spiritual character.

In particular, the people of Poland have a rich set of traditions that have been passed down through the ages and are eagerly embraced in many parts of the world.

Here are four such traditions that your Polish grandma was likely brought up with and whose ancestors kept with religious fervor every year.

Historically the fast for Lent was quite rigorous and in Poland the use of such things as lard, sugar, eggs and fruit were forbidden. This meant that prior to Lent, these items had to be either thrown away or consumed. Instead of tossing everything to the dogs, someone decided that many of the forbidden ingredients could be mixed together to create a type of doughnut, now called a “pączki.”

This tradition coincided with a general spring cleaning, emptying out the house and preparing the home (and heart) for the prayerful season of Lent. It was a way to end the celebratory season after Christmas and look forward to the solemn spiritual exercises that lie ahead.

In Poland there pervaded among the people a desire to meditate on the Passion and death of Jesus. One tradition during Lent that maintained this sentiment was a weekly Lenten service called Gorzkie Zale. This devotion that was developed in the 18th Century in Poland is a set of hymns that focus on the Passion of Christ. It is sung every Sunday during Lent and is a constant reminder of the sadness of Christ’s death.

Come, bitter regret, pierce our hearts
Let go, my eyes! Well up, springs of sad tears!
The sun and stars recede, shrouding themselves in mourning.
The angels cry sadly. Who can describe their grief?
The cliffs harden; the dead arise from the earth.
I ask what is it, what has happened? All creation is stunned!
In the presence of the passion of Christ,
We are filled with inexpressible regret!
Jesus, shatter without delay the hardness of our hearts!
Quench the ardor of my passions as I enter the depths of your Passion.

Stations of the Cross

Not reserved to the people of Poland, the Stations of the Cross were a very popular practice among the laity in that country. In particular, a shrine was built at Kalwaria Zebrzydowska that commemorated Jesus’ Passion. Erected on a landscape of hills the shrine was fashioned to resemble the way of the cross in Jerusalem. There are numerous chapels at the shrine whereby a pilgrim can trace Jesus’ Passion, death and resurrection.

In line with the other traditions that meditate on Christ’s passion, there developed a particular statue of Jesus that became a focus of Lenten devotion. Called Chrystus Frasobliwy, it depicts Christ bent over in deep contemplation and sorrow. He wears the crown of thorns and often holds a reed in his hand, a reminder us of how he was mocked by the Roman soldiers. Jesus awaits the crucifixion and emphasizes the passage from Matthew where Jesus says to his disciples, “My soul is very sorrowful, even to death” (Matthew 26:38).