When thieves stabbed the Eucharist, they never expected this to happen 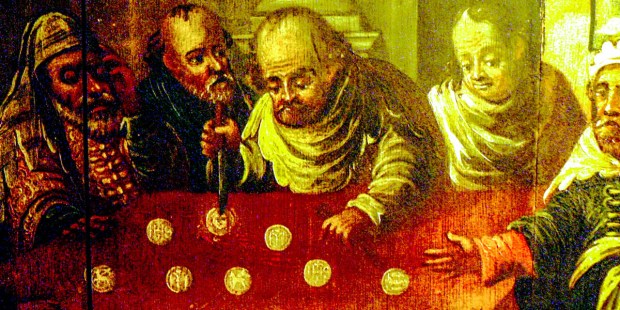 The men were utterly terrified at what happened next.

During the 14th century, in Brussels, Belgium, a nearby merchant held a deep hatred of the Catholic faith. He plotted how he could inflict the greatest amount of pain to the local Catholics and devised a plan to steal consecrated hosts from a parish church.

In the middle of the night a hired thief was able to break into one of the churches and stole about 16 hosts from the tabernacle. The thief brought the hosts to the merchant, who kept them in his house for a time.

Then on Good Friday, 1370, the hosts were brought out by the merchant in front of a group of friends. They drew their knives and began stabbing the hosts. Unexpectedly the broken hosts started to bleed before their eyes and the thieves immediately fell down in horror. Blood continued to flow from the knife wounds and they quickly gathered up the hosts and took them to a Catholic they knew.

Feeling the guilt weigh upon them, the men confessed the story to a local priest and they were turned over to the local authorities.

The hosts were enshrined in the Cathedral of St. Michael and remained there until World War II. Over the centuries the miracle has remained a vital part of local devotion. It was a reminder of the reality of Jesus’ presence in the Eucharist and dramatically connects the sacrament to the events of Good Friday, when a solider pierced the side of Jesus, creating a flow of blood and water.

Read more:
When a satanic follower tried to steal the Eucharist

Read more:
The tsunami that receded when it was blessed with the Blessed Sacrament