This program that pairs up unlikely roommates is curing loneliness 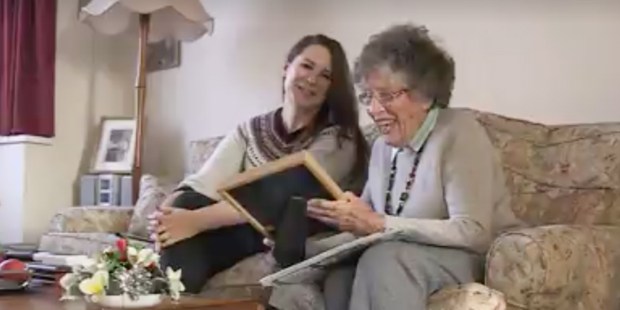 Florence and her roommate, Alexandra, span a 68-year age gap.

Ninety-five-year-old Florence said she was “bored to tears” before her roommate, 27-year-old Alexandra, moved in. The two moved in together as part of a home-share scheme that provides companionship for elderly adults by pairing them with London students in need of low-cost housing.

With research showing the correlation between loneliness and ill health, the campaign in the UK to break the isolation that many elderly people find themselves in is much needed. Florence, who herself is partially blind, said that after her husband died and her children moved away, she found herself “looking at four walls and thinking ‘what am I going to do now?'”

But now she says, “You cannot believe the difference that it makes just hearing somebody in the house. And, to me, now to hear the key in the lock ’round about 6 o’clock at night is wonderful.”

But Florence isn’t the only one feeling less alone. Alexandra says that the program has provided her with a place to feel safe in a new city, and she now considers Florence more of a friend than anything.

You can hear more from Florence and Alexandra in the video below.

Read more:
There’s no quick fix for loneliness, but turning off the AC is a start