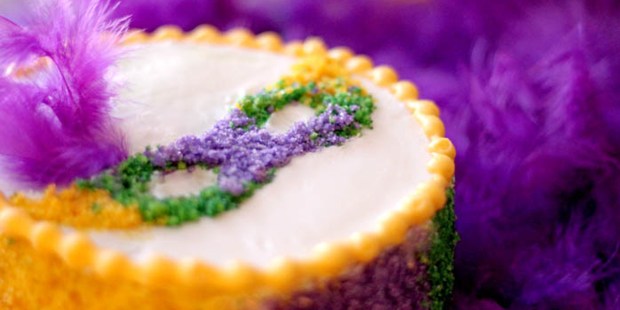 Traditions abound for Shrove Tuesday. Here are a few, from pancakes to prayer.

For many Catholics, the special significance of the day before Ash Wednesday is overlooked, except for the Mardi Gras celebrations enjoyed by some. But Shrove Tuesday is much more than just a famous party in New Orleans. Shrove actually means “to obtain absolution.” There are wonderful ways, both divine and delicious, to faithfully celebrate this day, deepening its significance through ancient tradition. Choose which ones suit you best this year.

1) Eat Pancakes! Doing so on this day has been popular across much of the UK and Ireland since the Middle Ages, since Shrove Tuesday was a traditional time to use up any stores of butter, milk, and eggs, often given up during Lent. The traditional “Hot Cross Buns” nursery rhyme is linked to Shrove Pancakes because the first three were considered holy, set aside for God, and marked with a cross. Children would go door to door “shroving,” singing or reciting verse, in exchange for pancakes. So whether you choose traditional flapjacks, crepes, or gluten-free almond flour pancakes, savor a meal of them today, knowing that in so doing, you’re living out your Catholic heritage!

2) Seek Absolution. Remember, Shrove means “to obtain absolution.” As such, this is a great day to go to Confession, helping to prepare for Ash Wednesday. If you can’t make it to Confession, do an Examen of Conscience. Then, finalize your decision on what you will give up for Lent. Try journaling your reasons and prayerfully asking God to bless your sacrifice.

Read more:
Confession with Pope Francis: The 3-step outline for doing an Examination of Conscience

Read more:
Need to awaken your soul for Lent? Here’s the devotion that will do it

“May the most holy, most sacred, most adorable, most incomprehensible and unutterable Name of God be always praised, blessed, loved, adored and glorified in Heaven, on earth, and under the earth, by all the creatures of God, and by the Sacred Heart of Our Lord Jesus Christ, in the Most Holy Sacrament of the Altar. Amen,”

or The Litany of the Holy Face.

And even if you don’t have much time, you can always manage this great short prayer of reparation to the Holy Face that Jesus revealed to Sr. Mary of St. Peter:

“Admirable is the name of God.”

How does a prayer about God’s name comfort His face? “My Name is everywhere blasphemed,” Jesus revealed, according to Sr. Mary of St. Peter, explaining that by blasphemy the sinner curses Him to His Face. Jesus told her: “O if you only knew what great merit you acquire by saying even once, “Admirable is the Name of God,” in the spirit of reparation for blasphemy.”

5) Share a King Cake with Loved Ones. This one ties with pancakes for the children’s favorite part of the day!  A “Fat Tuesday” tradition with strong European Catholic roots, the King Cake is a joyful dessert after a delicious Mardi Gras feast.  Did you know that Mardi Gras Season in New Orleans actually begins on Epiphany, January 6, of each year (a day many also enjoy the King Cake) and ends on Shrove Tuesday, the eve before Lent begins?  It reminds us to honor Christ the King, just as He was honored by the Three Kings on Epiphany.

King Cakes traditionally have a plastic baby hidden inside them after they are cooked, and according to some traditions, the person who finds the King Cake baby leads the family in prayer or makes the King Cake next year.

King Cakes are often circular or crown-shaped, and feature cinnamon and icing. Baking in a bundt pan makes it easy.  You can make any flavor cake your family enjoys. If you’re short on time, I recommend this tasty approach: Get store-bought refrigerated cinnamon roll dough, bake the rolls in a circle forming a crown-shaped “cake” and join them with icing. Decorate the top of the cake with purple, gold and green sprinkles or candles, since these are the traditional colors of Mardi Gras, representing justice, royalty, and faith.

Instead of showcasing the oft-times excessive indulgence of Mardi Gras, use the symbolism of these colors to discuss the justice, royalty and faith that Christ embodies and the joy of time spent with family feasting together. Spend the most time discussing the Mardi Gras color of purple and explain that it is a color we will see all through Lent representing both Christ’s passion and royalty. If you don’t have a King Cake baby, an uncooked bean inserted into the bottom of the cake is an old European traditional “baby” for the cake. If you don’t want to cook, pick up a cake from the bakery and ask them to use icing to draw a crown on top. Take the best elements of the tradition and apply in whatever ways work best for your family. (Extra points if you hide a King Cake baby or an uncooked bean within it, inserted into the bottom of the cake prior to slicing. Just be sure to tell your guests to look for it so that it doesn’t become a choking hazard!)

Whatever ways you celebrate this Shrove Tuesday, here’s hoping that some or all of the suggestions may make this special day more meaningful and enjoyable for you and your family.