Should you give up sex for Lent? 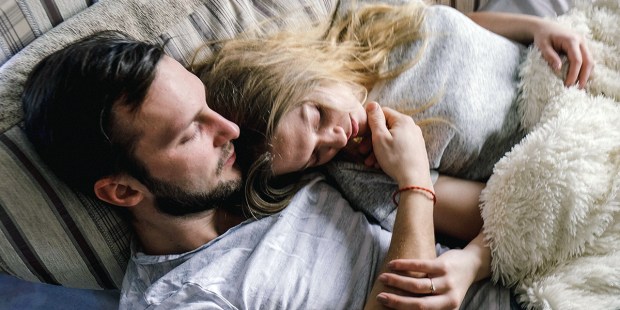 What the Church says about it … and a few other cautions.

Should I give up sex for Lent? It’s something my wife and I have discussed and I wanted to know what the Church’s stance on it is.

While the Church doesn’t have an official teaching on abstaining from sex during Lent it is believed that the practice was encouraged in the 14th and 15th centuries, according to History of Christianity Professor, Denis Janz, at Loyola University in New Orleans. We know this because, according to Janz, church records showed a dramatic decline in births nine months following Lent.

As Catholics we are only required to give up meat on the Fridays of Lent, and fasting is mandatory on Ash Wednesday and Good Friday. Giving up a vice or adding a pious practice during the 40-day period is more customary than required. What you decide to abstain from is entirely up to you, and in this case your wife. However, abstaining from sex to grow in holiness does have biblical roots. Paul the Apostle endorsed the practice of a temporary celibacy to engage in a special spiritual discipline of increased prayer (1 Corinthians 7:5).

“Do not deprive each other, except perhaps by mutual consent for a time, to be free for prayer, but then return to one another, so that Satan may not tempt you through your lack of self-control.” [bold emphasis mine]

It is important that the decision to refrain from the marital act as a form of prayer and act of penance be made mutually. One spouse should never decide unilaterally that they are going to be more spiritual then the other during this period and withhold or refuse the requests from the other spouse. Also consider whether this act of piety may become a hindrance to charity or sow seeds of resentment, whether towards your spouse or others. Meaning, that if not having sex with your spouse begins to cause animosity or a marital divide then it obviously isn’t serving its lenten purpose.

There are plenty of benefits to abstinence — like encouraging generosity, enhanced prayer life, improved self-control, building up communication between spouses,  as well as increasing ways to show affection which can actually strengthen intimacy.

If you both decide to give up sex for Lent, also consider that it’s okay if you slip up or find it too challenging or a strain on the marriage. As I said, nothing is mandatory except no meat on Friday and fasting on Ash Wednesday and Good Friday. You can even consider a lighter version of your no-sex-for-Lent decision, such as abstaining from sexual activity on Ash Wednesday and Good Friday only or just during Holy Week. Whatever your decision, I hope it helps you grow as couple and brings you both closer to Christ, which should be the ultimate goal.

Have a problem that relates to your Catholic life? Let Katrina help! Write to her at AskKatrina@aleteia.org

Read more:
5 Lent challenges for couples: Could you give these up together?