How is Lent observed around the world? 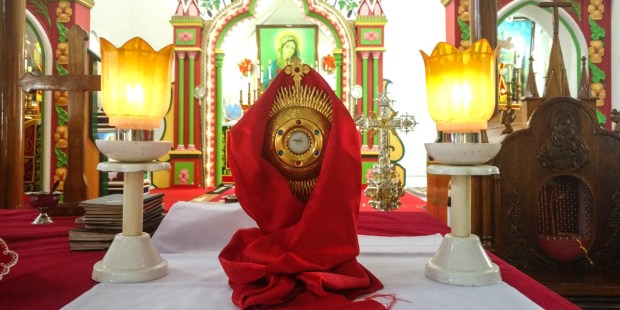 For most of India’s southern state, Kerala, Lent began on “Ash Monday” …

When it comes to observing Lent, India is unusual in that out of 168 dioceses, 29 are Syro-Malabar, eight are Syro-Malankara and 131 are Latin.

Around the world, there are three major groupings of Catholic rites based on the initial transmission of the faith — the Roman, the Antiochian (Syria) and the Alexandrian (Egypt).

The Latin-rite Christians of India and Kerala follow the Roman liturgy, introduced by European missionaries towards the end of the first half of the second millennium; while the other two Oriental Churches follow Syrian liturgies and customs, claiming their origin, along with half a dozen other Kerala-based Churches, to the apostolate of St. Thomas, one of the 12 apostles.

The Syro-Malabar Church has a liturgy based on the East Syriac or Chaldean tradition while the Syro-Malankara liturgy is based on the West-Syriac tradition of the Jacobite-Orthodox Christians from whom they reunited with the Catholic Church in 1931 under the inspiration of Archbishop Mar Ivanios.

These rites differ in some liturgical practices. Lent is practiced differently in these rites. While Lent starts with Ash Wednesday for the Latins; it starts two days earlier for the Syrians with Ash Monday. During Lent both Latin and Syrian families adopt a vegetarian diet and give up alcohol.

The method of calculating 40 days in the East and the West is different.  In principle, the Sundays of Lent are not days of fast. The Easterners count from Monday of the first week of Lent till Saturday prior to Palm Sunday (36 days) adding Monday, Tuesday, Wednesday and Thursday of Holy Week to make it 40. However, the Western practice counts the week days of all six weeks of Lent (6×6=36) plus Ash Wednesday, Thursday, Friday and Saturday of the week before the first Sunday of Lent making the total days 40.

In the Syro-Malabar practice, the period of Lent is also called “50Nombu.”  This is because all the days of Lent, including Sundays, are practically counted as days of abstinence.

The “Great Fast” (Sauma Rabba) is generally known today as a period that commemorates Jesus’ 40-day fast and his Passion and death.  Consequently, this period is understood as a time of fast and penance in order to be partakers in the sufferings of Christ. But the history of this period depicts a different picture. Though the prominent theme of the last week of the period called Passion Week (or Holy Week) is the Passion of Christ, the rest of the weeks have a variety of themes that point to an upright Christian living.

At the beginning, it was a continuation of the period of Epiphany (Denha), a period that commemorates the baptism and the 40-day fast of Christ, and the following public life.  History tells us that Lent had two fundamental aims: A long preparation for Easter and a proximate preparation for baptism on Holy Saturday.

Though Jesus fasted for 40 days, the earliest practice of Christian fast seems to have been of one or two days up to six or seven weeks according to different traditions. From a 4th-century Jerusalem document we understand that the Lenten season was of eight weeks, whereas in Rome it was of six weeks. The tradition of Ash Wednesday started in the West sometime in the 8th Century.

Later, imitating Jesus’ fast of 40 days, Christians also began to fast for 40 days. There is a mention about this practice in the council of Nicaea in the year 325. However, the variations in the practice of Lent — each community according to their own traditions and beliefs — have given rise to some confusion. But the ultimate purpose of all Lenten observations “is the spiritual succor that people yearn for.”

Adding to the confusion is the fact that there were differences in Lenten practices among different Syro-Malabar dioceses. However, Lenten observance varies, it is only technically and not theologically. So the differences have not affected the spiritual essence of Lent. The Oriental Churches do not skip Sundays when the length for Lent is calculated.

Traditionally, Lent in Eastern Churches begins on the seventh Monday before Easter. It is a matter of tradition and good faith that most Christians in Kerala eat only vegetarian meals for 50 full days. It has been pointed out that though Church laws do not stipulate abstinence from meat and fish on all days of Lent, especially on Sundays, but Kerala Christians abstain from meat, fish and alcohol throughout Lent voluntarily. This has been praised as one of the finest spiritual offerings of the local Christians. For the majority the Lenten spirit begins with the ashes on one’s forehead, no matter whether it is on Ash Monday or Ash Wednesday.

A large number of Catholics begin the Lent by attending church services on the first day of Lent and they come out of the church with the Sign of the Cross drawn with ashes on their forehead.

The author, Chev. Prof. George Menachery, is a professor, anthropologist, indologist, and historian of the Syro-Malabar Church and of Kerala. He is the editor of the St. Thomas Christian Encyclopedia of India and the Indian Church History Classics. Prof. Menachery is also the recipient of the Order of Saint Gregory the Great, and is known by the title of “Chevalier.”