Longest reigning pope (after St. Peter) might soon be canonized 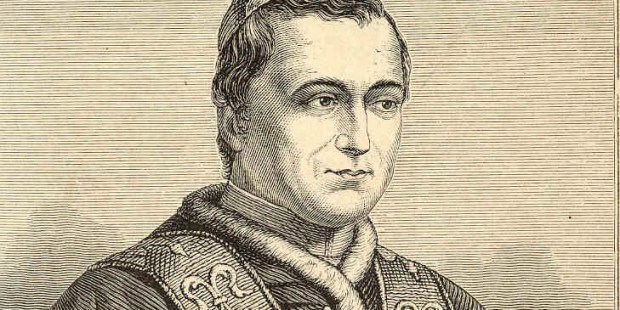 Pius IX proclaimed the dogma of the Immaculate Conception.

The canonization process for Blessed Pope Pius IX (1846-1878) is accelerating, said his postulator, Bishop Carlo Liberati, in Vatican News. Bishop Liberati added that the Holy See could proceed soon to an examination of the pope’s body.

This “recognition of the body” consists in observing its state of decomposition. A well-preserved body could help move the pontiff’s cause further along.

(Peter was likely martyred in the year 64 or 67, meaning his pontificate lasted 34 or 37 years. John Paul II, with 26 years on Peter’s Throne, is the third longest-reigning pope.)

Reigning at the definition of the dogma of the Immaculate Conception, in 1854, and during the rise of devotion to the Sacred Heart, Pius IX, as the 255th pope, was also the last sovereign of the Papal States, which disappeared in 1870 — except for the tiny Vatican State, established in 1929.

His pontificate, inaugurated in 1846, was also the occasion of a new missionary impulse, recalled Bishop Liberati: 133 episcopal seats and 50 apostolic vicariates were created as mission territories.

Pius IX is also known for his condemnation of 80 modern errors in the Syllabus, in 1864, which rejects rationalism, socialism, and also the idea that all religions are equal. According to Bishop Liberati, Freemasons opposed his canonization because the pontiff had also condemned the participation of Catholics in Masonic lodges, with the apostolic exhortation Multiplices Inter in 1865.

Read more:
A start for your Lenten reading: Did you know the pope writes a Lent reflection each year?