Meet ‘Mamma Rosa:’ A mother of 11 children on the road to sainthood 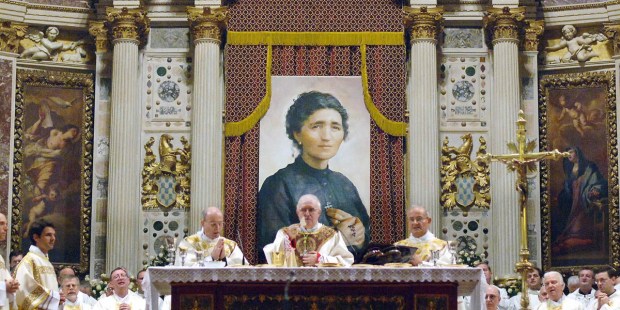 Pope Pius XII wanted all Christian families to know about this saintly mother.

Mothers don’t always get the credit they deserve. They sacrifice themselves each day for their children and strive to instill in them good faith and morals, but most of the time their example is never recognized outside of the family.

However, recently the Catholic Church has had a keen interest in recognizing ordinary Christian mothers as canonized saints to emphasize the fact that holiness is attainable for everyone, especially mothers.

During his pontificate, Pope Pius XII signaled out one particular mother that he believed every Christian family should know and imitate. Her name was Eurosia Fabris, but she was more affectionately called “Mamma Rosa” by her family.

She was born in 1866 outside Vicenza, Italy and was an ordinary farm girl. When she was 19 years old Fabris heard of a young mother nearby who died, leaving three young daughters. One of those daughters also died shortly after her mother. This tragic event left a young father with two children to raise.

Fabris visited the family every morning for six months and through prayer and discernment believed God was calling her to marry the children’s father. In doing so she embraced the two children as her own and was further blessed with nine more children.

Her house was always open, and she did all that she could to raise her children in the Catholic faith. According to the Vatican biography, “Between 1918-1921, three of her sons were ordained priests, two for the Diocesan clergy and one as a Franciscan (Fr. Bernardino), who would become her first biographer.” One of her daughters also entered the religious life.

She showed great love for the poor and welcomed them to her table. Mamma Rosa also was content in being poor, saying, “I wish to be a poor woman and I am happy with it, because it seems to me that this way I am loved even more by the Lord … It is not riches, but doing the will of God that makes the heart happy.”

Besides raising her children, Mamma Rosa also ran a small dressmaker’s shop and taught her apprentices how to be good Christian mothers.

Her life wasn’t necessarily anything extraordinary, just a simple mother who had a loving heart for all people. She cared for the sick, gave to the poor, and loved her children dearly. In other words, she was a mother born out of the heart of the Gospel.

She died in 1932 at age 65 and since her death has been a powerful inspiration. She was beatified in 2005 and on the eve of her beatification, Vatican Radio explained that she was a “dazzling model of holiness lived out in daily family life … She knew how to transform her very large family into a school of holiness.”

Her feast day is January 8.