Photograph of Thomas Merton by John Howard Griffin. Used with permission of the Merton Legacy Trust and the Thomas Merton Center, Bellarmine University

"Mysticism flourishes most purely right in the middle of the ordinary."

The still silence of the photographic image, for the contemplative eye, is enough to reveal the transcendence of the apparently irrelevant.

If Thomas Merton’s Seven Storey Mountain (his bestselling autobiography, published in 1948, seven years after he arrived at Gethsemane Abbey in Kentucky) made some members of the beatnik generation (back in the 50s and 60s) consider religious life not only as part of the counterculture but also as a genuine existential option, his photography allowed both him and those who would later admire his visual work to think twice about apparently irrelevant things.

Merton understood his borrowed Canon FX (his friend, the author, photographer and civil rights activist John Howard Griffin, lent Merton his camera) as reminding him “of things overlooked,” helping him cooperate “in the creation of new worlds.” 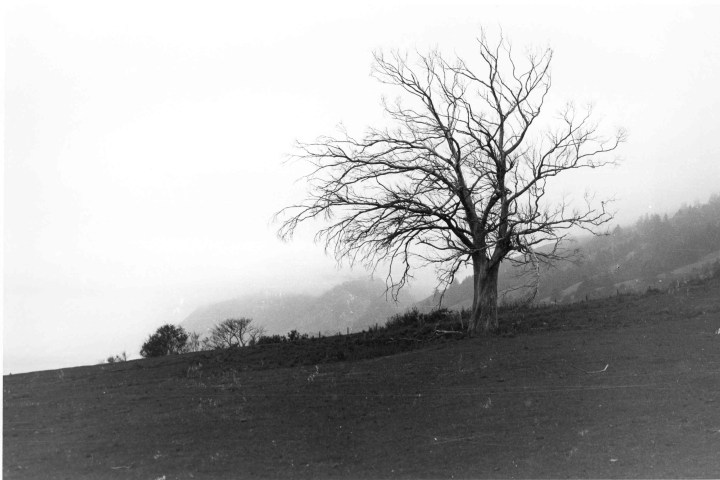 Read more:
Thomas Merton figured out what we need to “make peace”

Far too many books have been written on the matter, from the famous Esther De Waal’s A Retreat with Thomas Merton: A Seven-Day Spiritual Journey (which matches meditations with some of the monk’s photographs) to Ralph Eugene Meatyard’s Father Louie: Photographs of Thomas Merton (a collection of Merton’s photographs accompanied by excerpts of his correspondence with Meatyard) and Deba Prasad Patnaik’s Geography of holiness (a selection of some of his most contemplative photos, with selected fragments from his own writings).

All these authors share, to a certain extent, the same opinion: Merton’s gaze on objects, through the camera, was always precise, simple, non-intrusive, never contrived. It was a specifically and distinctive monastic – even more, Trappist — approach to photography.